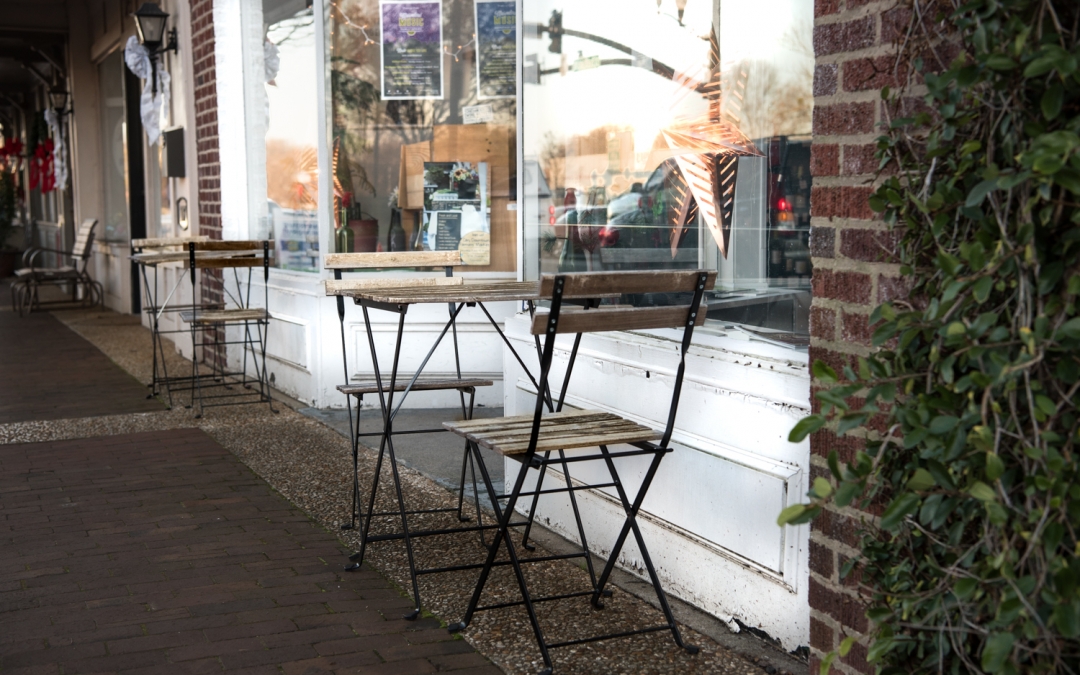 Prefer to listen?  Click below to hear Teresa read it to you.

Our town of Cary, NC has the same things every town has: shopping plazas, movie theaters, coffee shops, and restaurants.  It has old people and young people, Pokemon players and pickle ball players. There are schools, and parks, and little places to get away from it all.

And like other towns, there are many, many, _*many*_ of all of those things…but we only get one “downtown”.

Growing up in Cary

I remember the day we decided to name our dog Melba after driving past the Melba’s Cafe in Downtown Cary.  My Brownie troop, number 8, took a walking tour from Cary Elementary to the library, ending in front of the (then abandoned) Guess-Ogle house.  Boy everyone had a lot to say a few years later when it was painted pink!  My parent’s rented a wheelchair from Ashworth Drugs  the summer I broke my foot. An ice cream cone from the counter was a small consolation for starting 5th grade in a cast.  The little library, which always smelled like books and socks had a kid’s nook where I would climb the massive steps, to the tallest heights to read a book curled up in the corner.

Everything seemed so much bigger then. 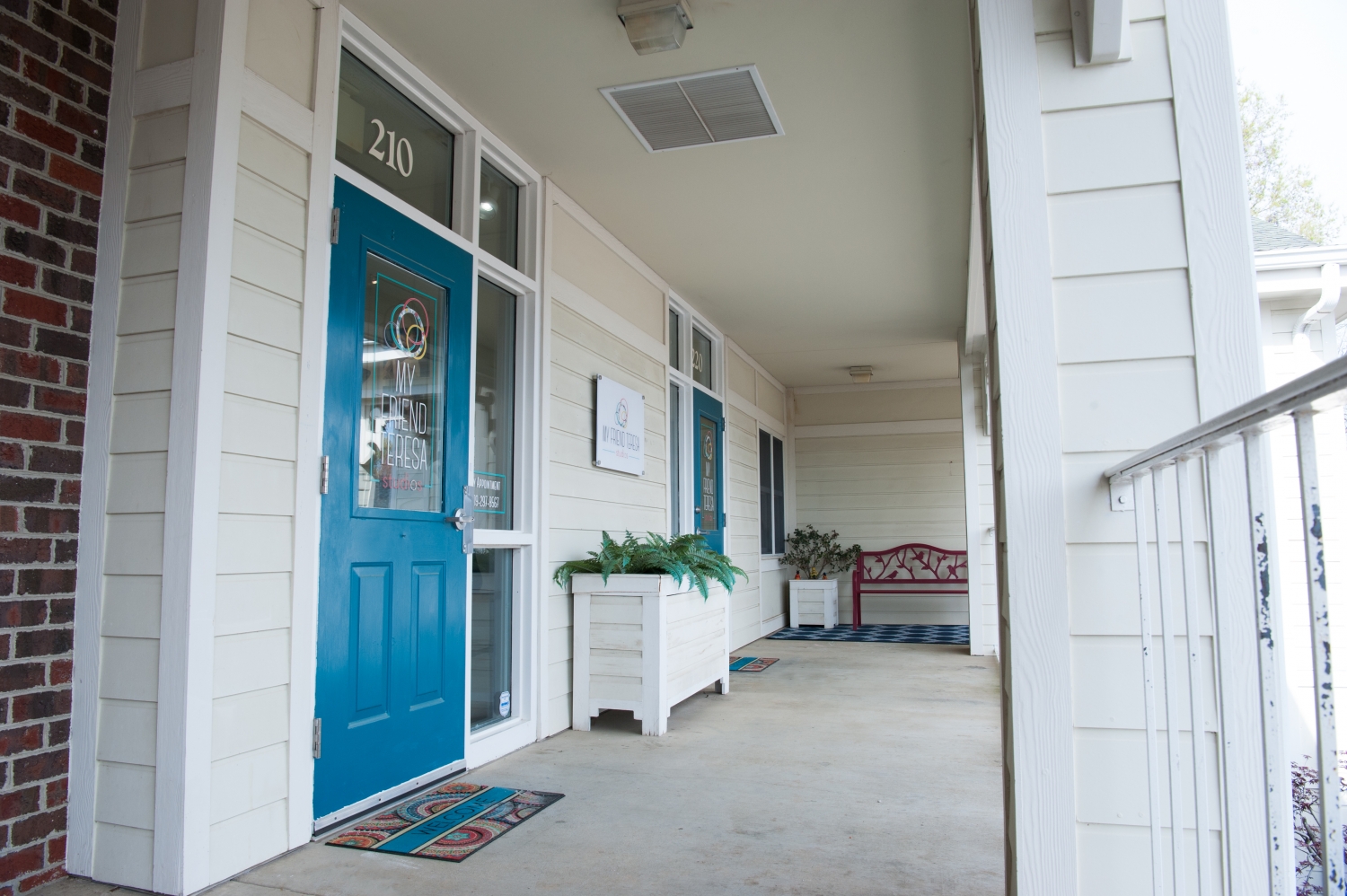 The Downtown I Love Now

Now I own a business downtown and everything feels so small.  When I walk to grab a coffee or go to the post office I always bump in to a friend or make a new one.  At our photography and video studio in Ashworth village, Mr. Ralph Ashworth himself hung our Christmas garland.  From my office I can watch the sunset sparkle in 1000 directions off the United Methodist Church across the street.  It’s amazing how many different kinds of sunsets there are.

Every day theres a little bit more of that downtown “serendipity”  (pun definitely intended…).  Simple things mostly, like the way the train rumbles our building, and how every day the parking lot fills up with old timers and business people pouring in to a favorite sandwich place for a menu that hasn’t changed either.

I’ve been in Downtown Cary for three years.  When we moved in crossing Academy street would get tar on your shoes from the road construction.  Now we have a beautiful new library, a park hosting live events, and a fountain that looks fun enough to play in.  The improvements in Downtown Cary have added a cache that helps us be more successful.  More and more community events are bring people together – like the Christmas Trees for Charity on Academy that had a HUGE swell of support this year and the 200 Pumpkins that Douglas Realty handed out at The Great Pumpkin Drop . Every day I feel grateful to be here, and to run our studio here.

So I can put on my business owner goggles and imagine what it must be like to have invested in and sat on a beautiful piece of ‘“underutilized’” 5 acres of land, waiting for the day a real downtown would take shape.  And yeah, it does feel like that moment has come. I believe the young folks would call this our “glow up”. But can you really wrap your brain around what is about to happen? 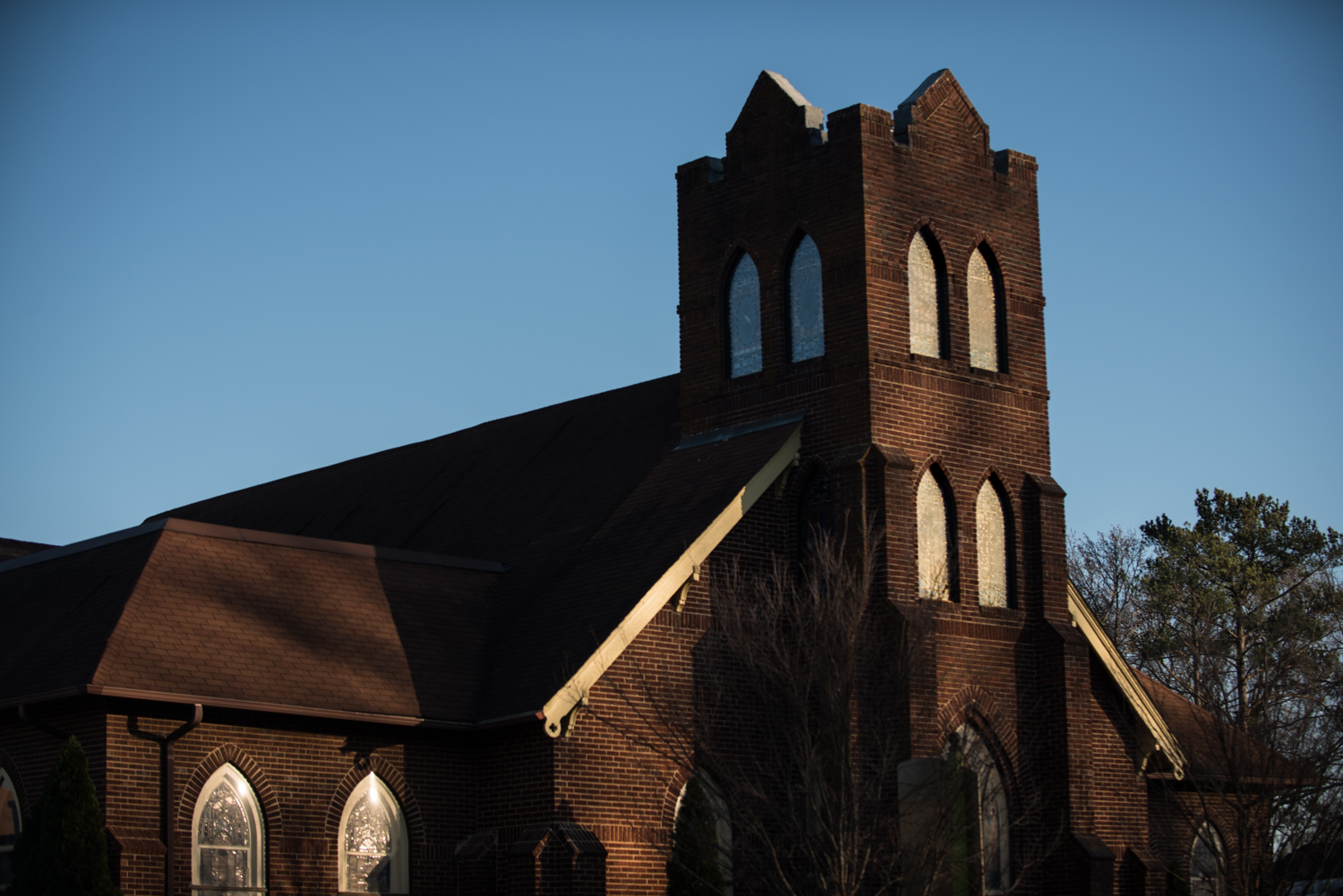 The project, approved yesterday, is a 51 million dollar commercial and residential development right in the middle of downtown.  In 5 square acres they will shove 180 apartments, a total of 60,000 square feet of commercial space in two buildings, and a four level parking deck.

There are two other major developments happening just outside the downtown limits that are totally different than this project and it is easy to get confused.  The Fenton is near the SAS soccer park, and includes 1.2 million square feet of office space, 920 apartments/condos, and a hotel. The Cary Towne Center redevelopment includes up to 1.2 million square feet of office space, 1,800 residences, and 450 hotel rooms. The Fenton is 2 miles from Downtown and Cary Towne Center Redevelopment is 1.5 miles away.  Neither of those projects are related to this project. 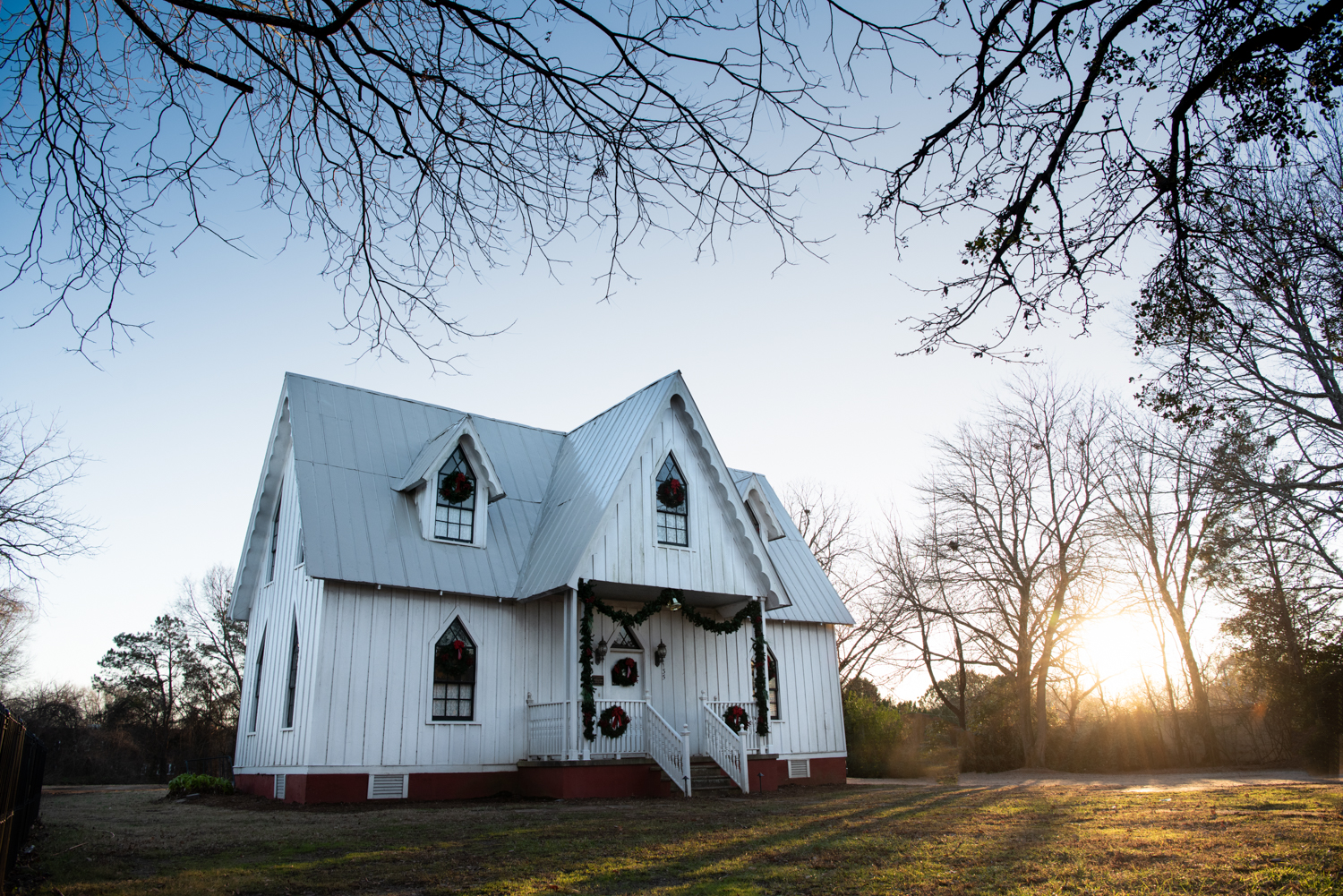 Where Will It Go?

Let me help you picture how exactly ‘in the middle of downtown’ this is because you are probably thinking “so where will they put it?”   Well, it will go right where the Ivey-Ellington house is now.  Yes, it’s that house you probably thought was a cute little church.  Right at the intersection of Academy and Chatham St. Steps from historic Ashworth drug, across from everyone’s favorite mural (the girl with the birds) and the least favorite mural (I’ll let you decide).  Shouting distance to Serendipity and Once in a Blue Moon Bakery and Fidelity Plaza and the post office.

A few steps away there is a hidden set of stairs, built in the 1800s, and worn down by the tread of our most prominent historical figures.  Where above Ashworth Drug those citizens held meetings and included in their Charter the first town motto: “Cary, for the Community”. 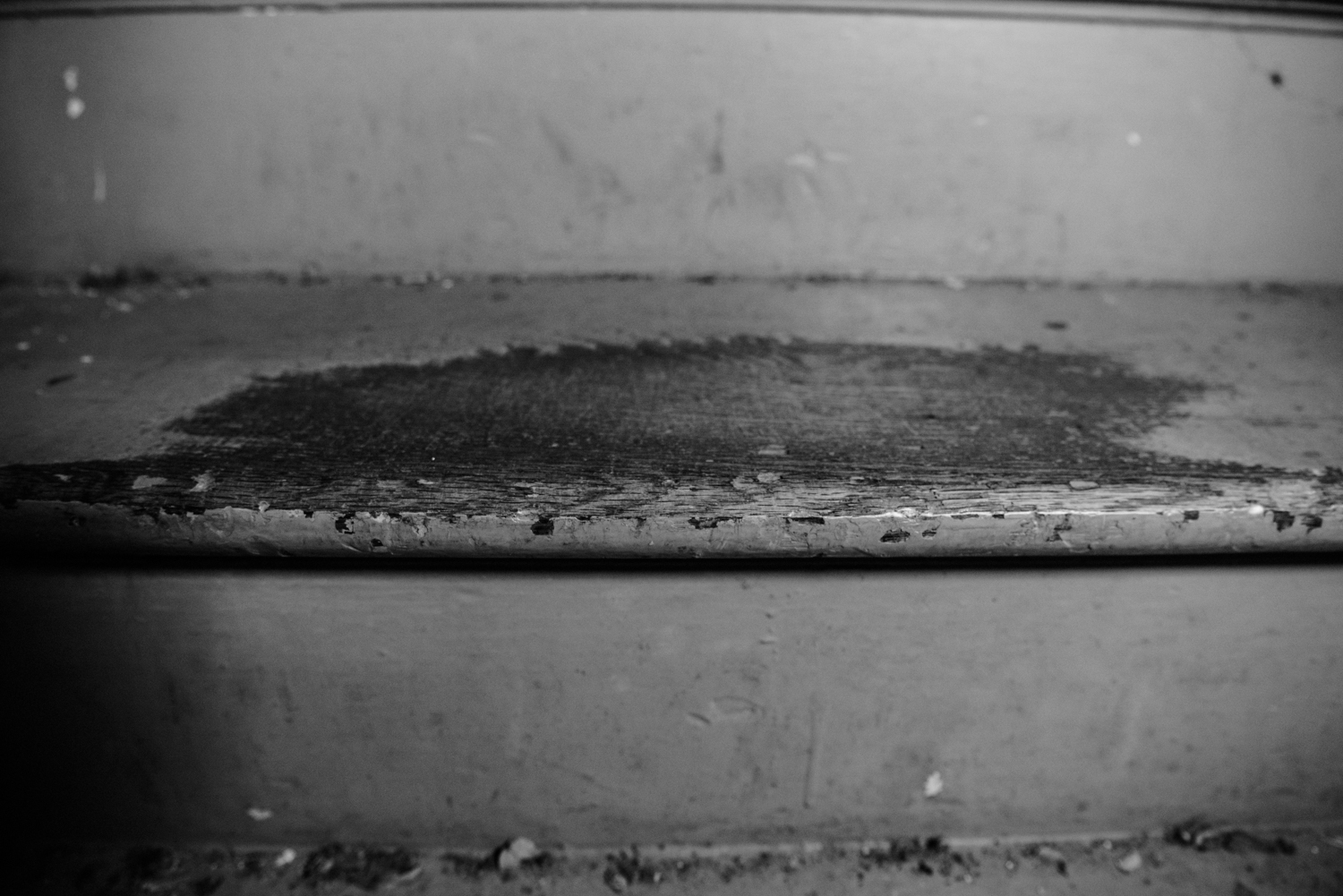 The ground still rumbles when the train goes by as it did 150 years ago for ol’ Thad and Mary Ivey when they moved in to their new home, in their new town.   The house with its gothic revival architecture was perhaps as confusing to members of the town back then as it is to us. I’m just speculating that “No, it isn’t a church, its a house” has perhaps been said about this unusual residence since the 1800s.  What interesting people they must have been to build that new house in this new town where just a few years before, Frank Page stepped off the train and decided he was glad he wasn’t in Raleigh anymore (with their whiskey drinking, and all). 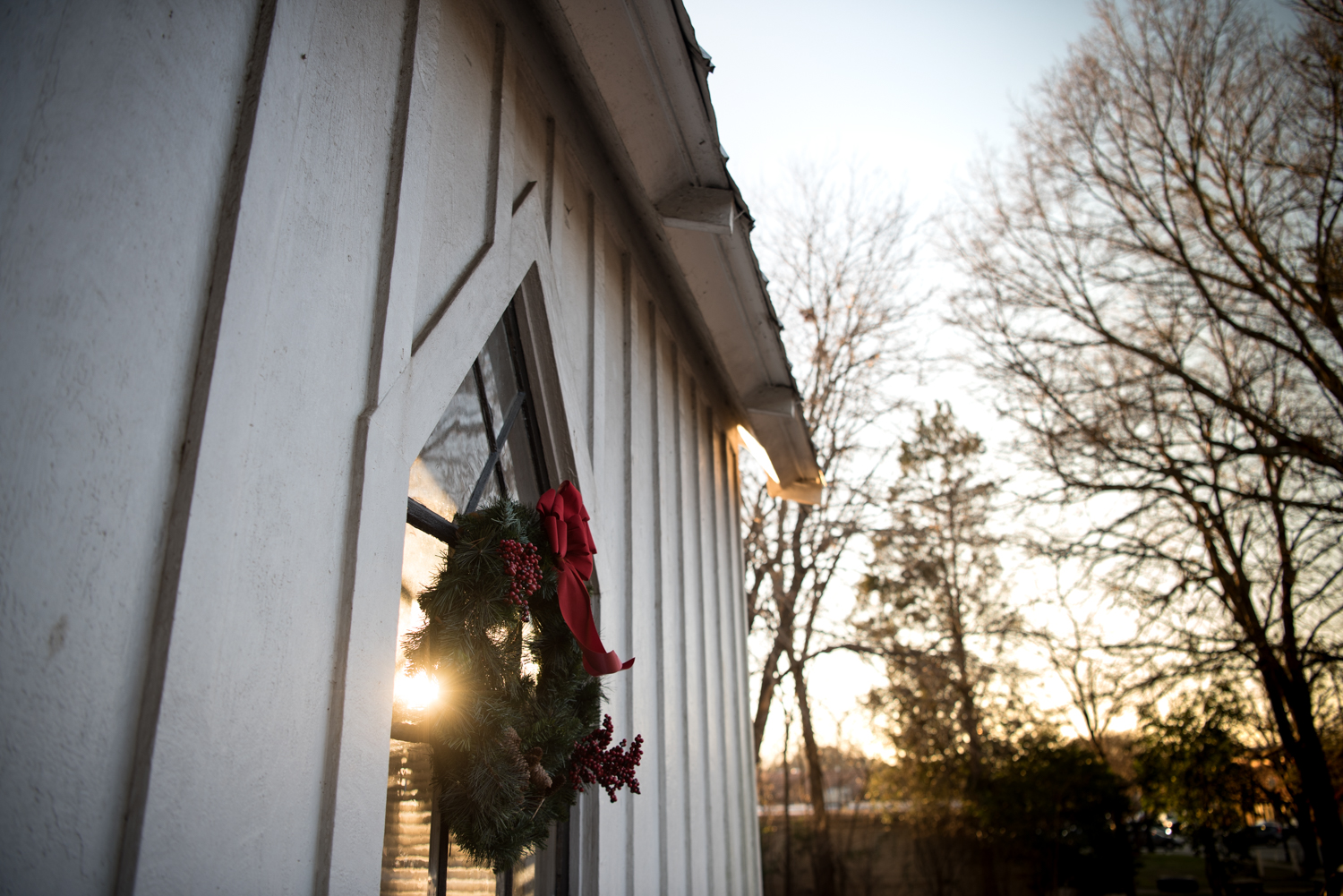 When Dean’s Greens, our favorite micro-greens farmer sets up at the weekend farmer’s market – its on the same spot cattle would stop and eat some grass at the Ivey’s house on the way to Raleigh.  130 years later, and this house still helps feed the town.

It used to feel so big, when I was little.  Now our town is the perfect kind of small.  Like Ol’ Frankie Page, I’m glad it’s not Raleigh. It’s not a place for the generic, the mundane, the “it could be anywhere else.”  Where parking garages block out a sunset that will snatch the breath right out of your chest. I’m not opposed to business improvement, to development, to increased tax revenue improving our standard of living.  I’m just saying we only get *one* Downtown. Let’s make it something so amazing, you can’t get it anywhere else.