When Bays was a kid she thought about becoming an orthodontist … mostly because braces were pretty much the coolest thing ever (I’m glad I’m not the only one who thought braces were the heat).  Then she thought about being a Kindergarten teacher and judging by how much Bay’s loves working with kids, that could seriously be a great choice.  But then you take one look at Bay’s closet full of bright colors and prints, Lilly Pulitzer, J Crew and Vintage Vines – each coordinating flawlessly – and you know that her other dream of becoming a fashion designer makes a lot of sense too. 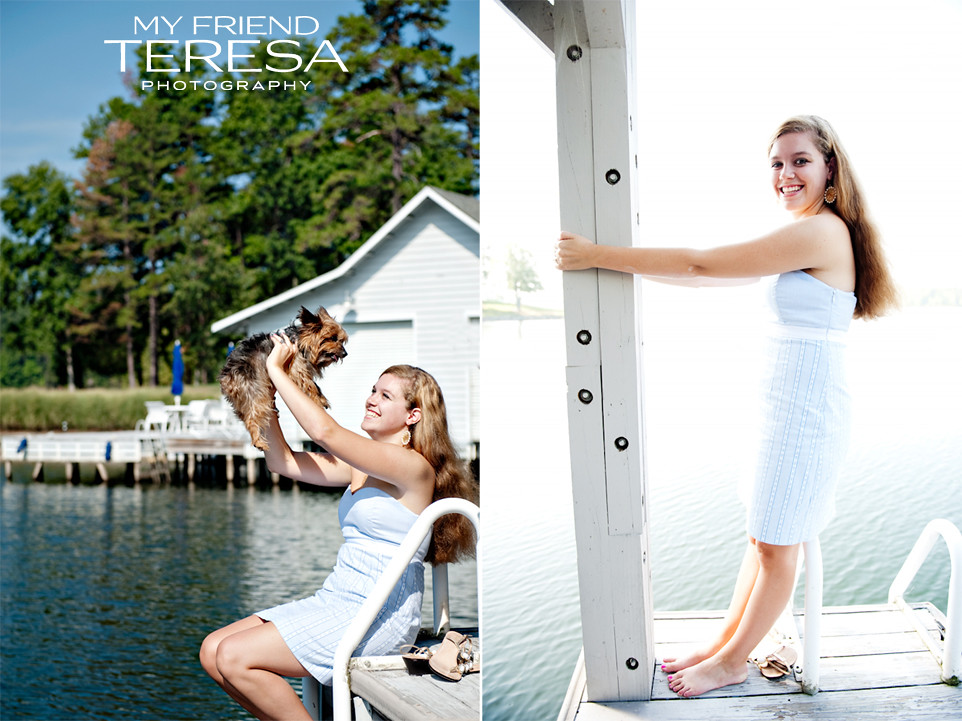 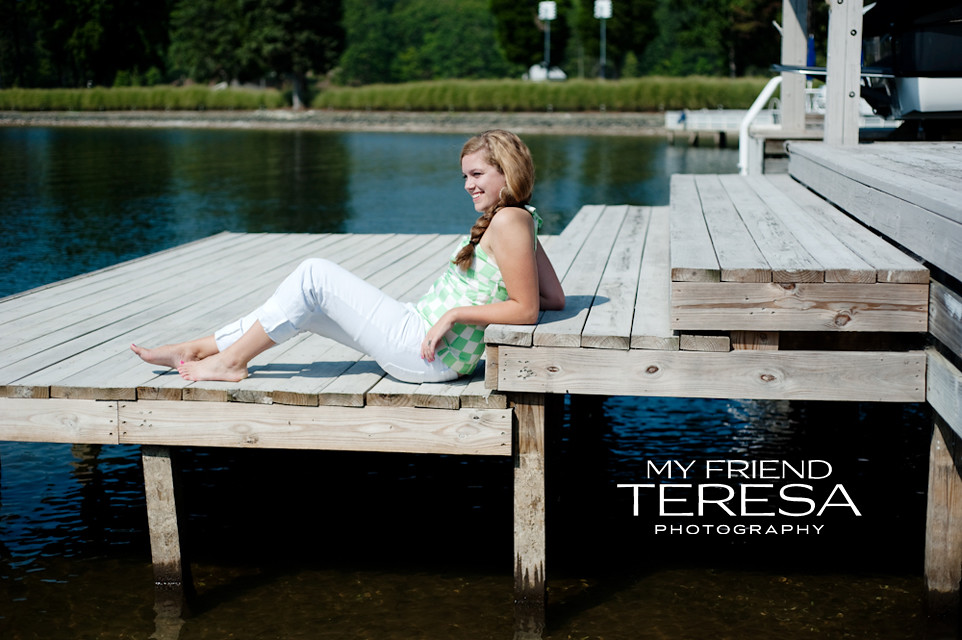 But the little girl who thought braces were so cool she had to become an orthodontist … is all grown up now and headed off to one of our awesome Tobacco Road schools next year (either NC State or UNC).  She’ll be carrying with her all the magical pieces that make her such an irresistibly magnetic person.  She’ll bring with her the love and support of friends from all walks of life, the country girl soul that loves watermelon and Tim McGraw music, the deep blue eyes that match the lake behind her lakehouse (and all the fantastic family memories there), and of course that spectacular wardrobe. 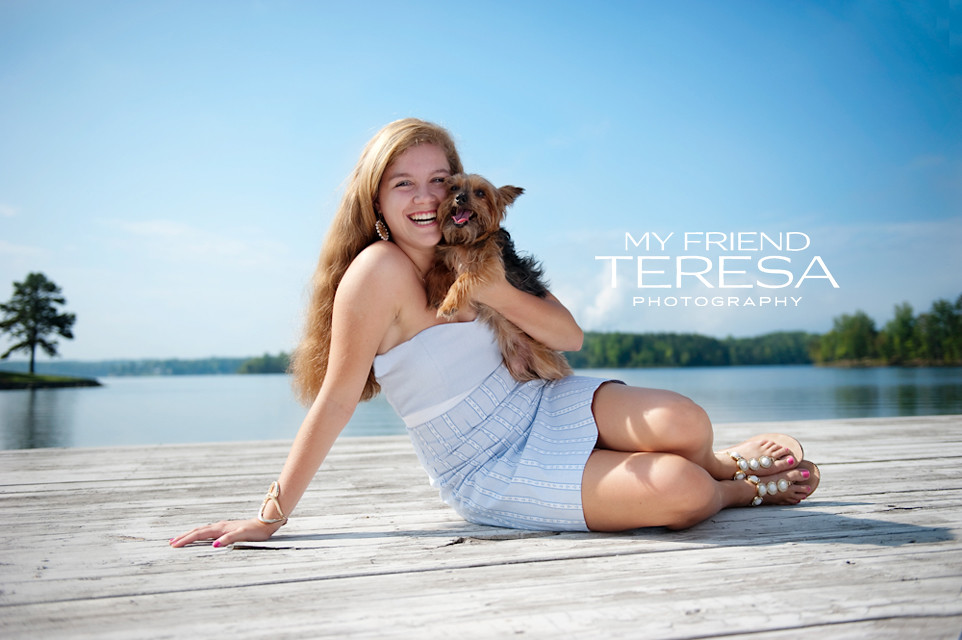 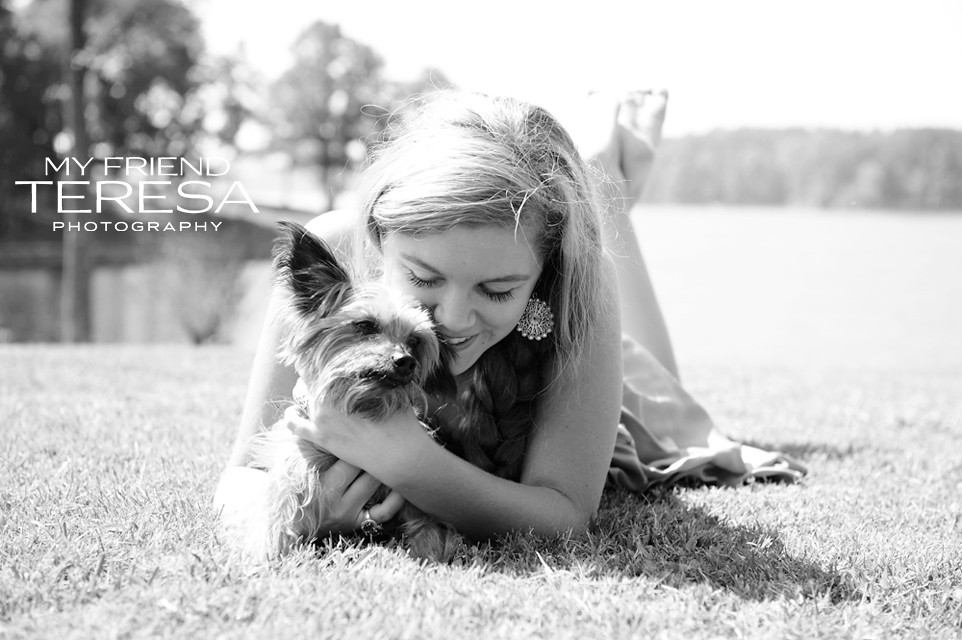 If there is room in her purse I’m sure she’ll try to sneak her true love … her dog Trey … into that Freshman dorm too.  Best of luck to Bays as she pursues a whole new world next year! 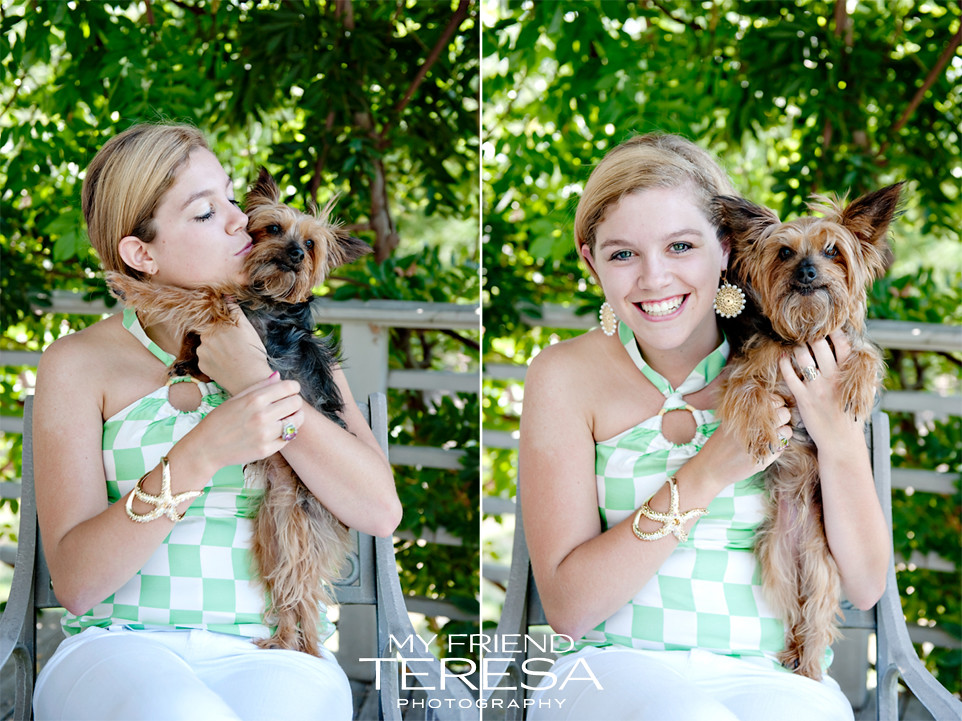