Sam T (Cardinal Gibbons Class of 2018) and his mom, Karon, met with us in late September to discuss his senior picture session. Much of Sam’s life revolves around sports. He played hockey and soccer in the past, but as a rising sophomore, he began running for the cross country and track teams at Cardinal Gibbons High School, ranking in the top ten for cross country and becoming a team captain. All of this culminated into being watched and recruited for several Division I universities. 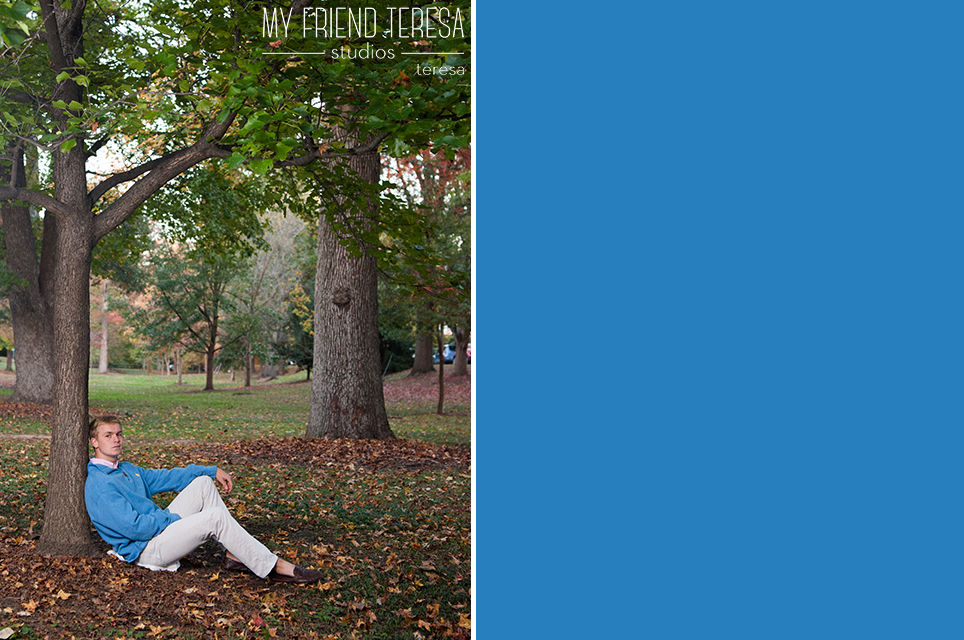 Teresa and Sam met early in the morning in mid-November at Umstead Park. Dressed in his green Gibbons jersey, black running shorts, and sneakers, Sam ran the trails for some killer senior pictures with the sunrise peeking through the trees. The next day, we met in Raleigh where Sam wore a blue polo, khaki pants, and brown loafers. The blue of his shirt brought out his eyes wonderfully and looked brilliant against the light brown and red backgrounds. For some non-traditional senior pictures, we stopped at The Roast Grill, a small family-owned hot dog stand. Lastly, we went back to Sam’s home and took some senior pictures with the tree his godparents planted in his honor in the park across the street. 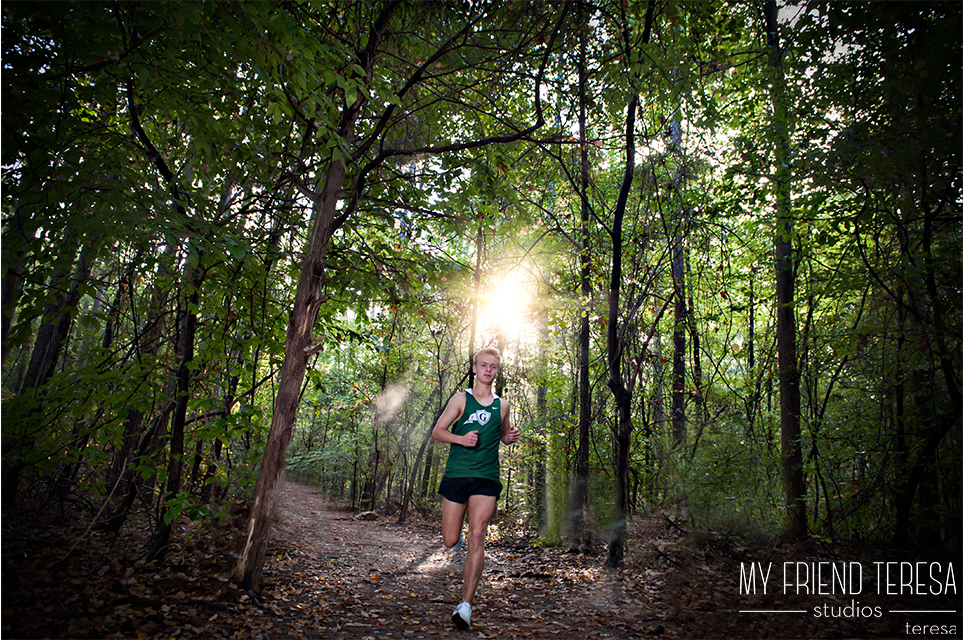 Teresa selected over 50 senior pictures from the session to show Sam and his parents a few weeks later. Sam and his parents used the studio gallery wall to sort the portraits into their favorites and some “maybes”. From these selections, they chose four prints and ten digital files.

Sam graduated in May 2018 and is headed to University of Alabama, where he plans on studying news media and will be running cross country and track. 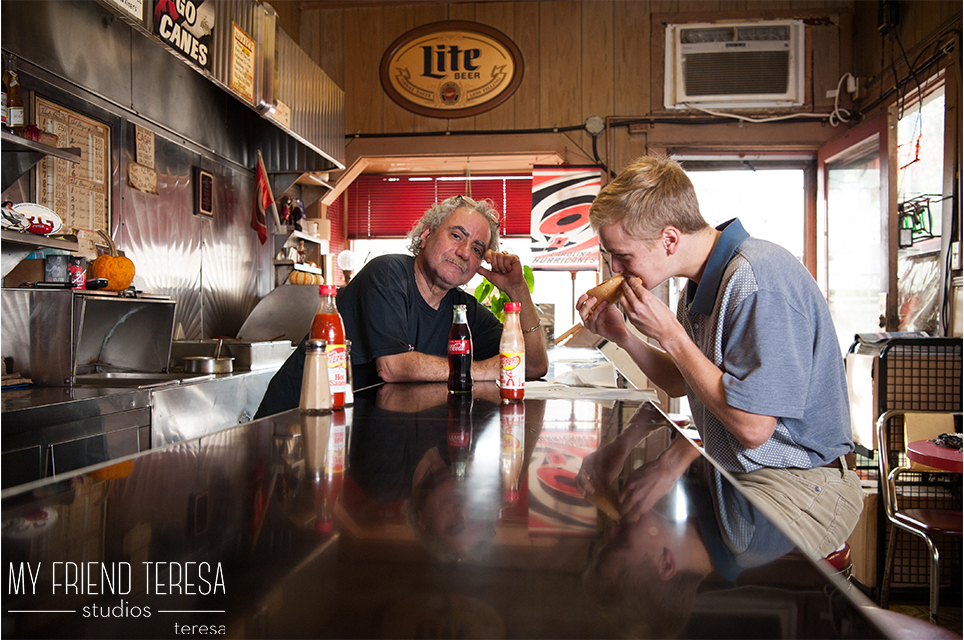 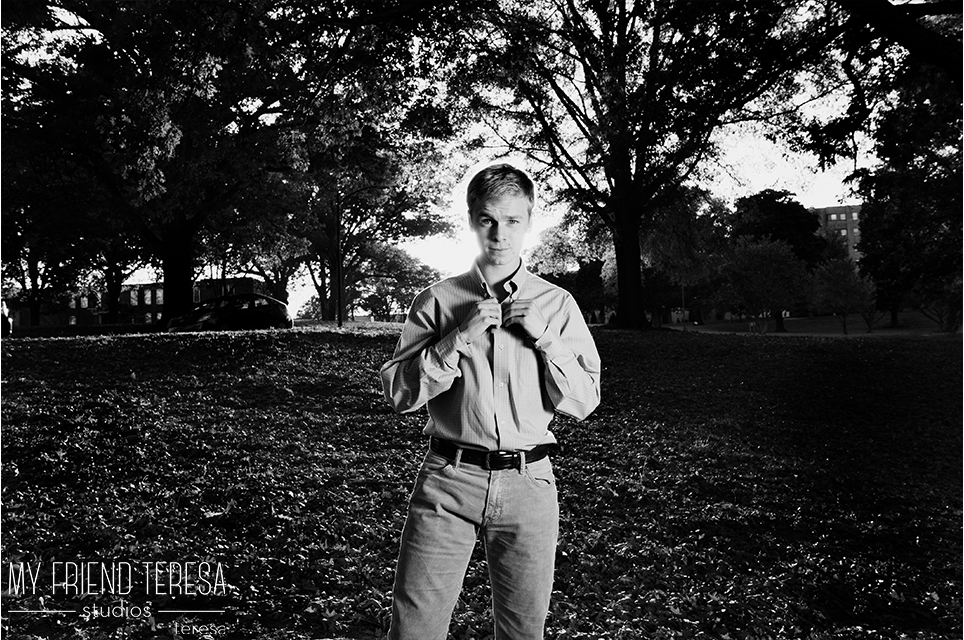 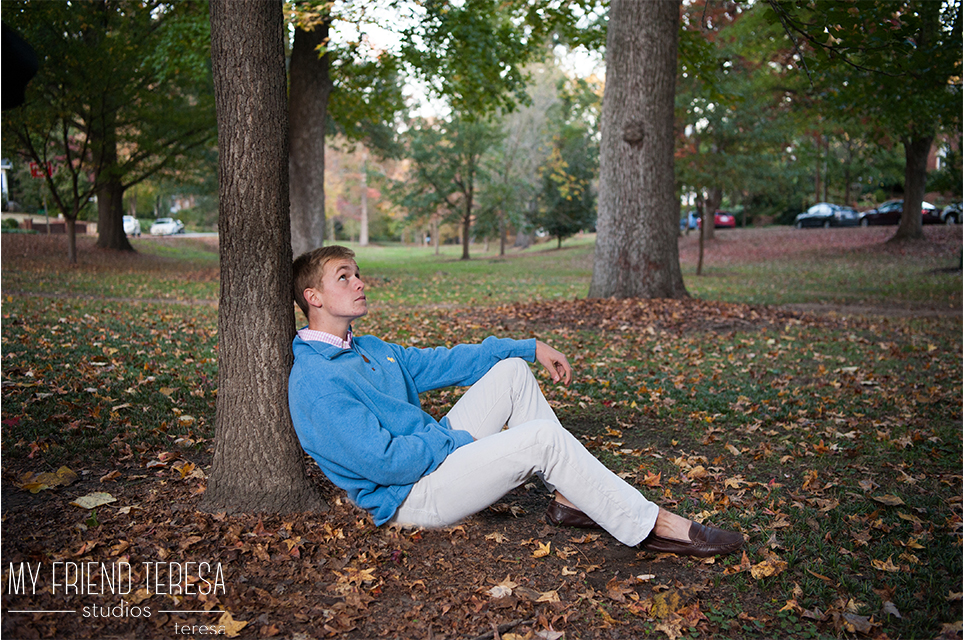