Cooper was enjoying the start of summer before his senior year at Cardinal Gibbons.  He wanted some memorable senior portraits but was nervous about having his portraits made.  We often hear this about senior pictures for guys and specialize in helping everyone feel comfortable.

We met with Cooper and his mom during the summer before his senior year and learned that Cooper has two younger sisters.  He loves football, basketball, and playing Fortnight with his friends.  In school, he particularly enjoys History and English, with an eye towards a future in marketing and finance.

For his senior pictures for guys he wanted something fairly casual, but with a small town, urban vibe.  We scheduled his session for early Fall.

We went to Cooper’s home in late September to help him choose his outfits and to review our plans for his senior pictures for guys.  His session was in early October in downtown Cary.  He loved the small town vibe, but was nervous about having his senior pictures for guys.  Teresa commented that he reminded her of her own younger brother.  A few of Teresa’s corny jokes later and they were laughing and having a great time.  Teresa also really enjoyed photographing someone so tall! 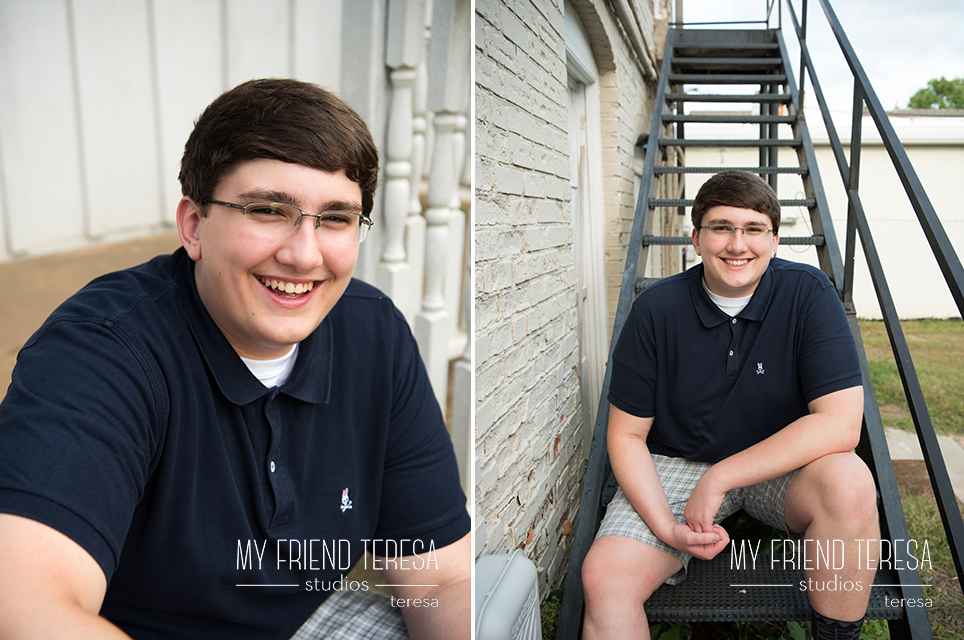 We met with Cooper and his family at the studio to view his senior portraits.  They used our gallery wall to sort through them, choosing their favorite ten for a digital collection.

With graduation behind him, Cooper is off on his next adventure…probably still laughing at Teresa’s corny jokes!