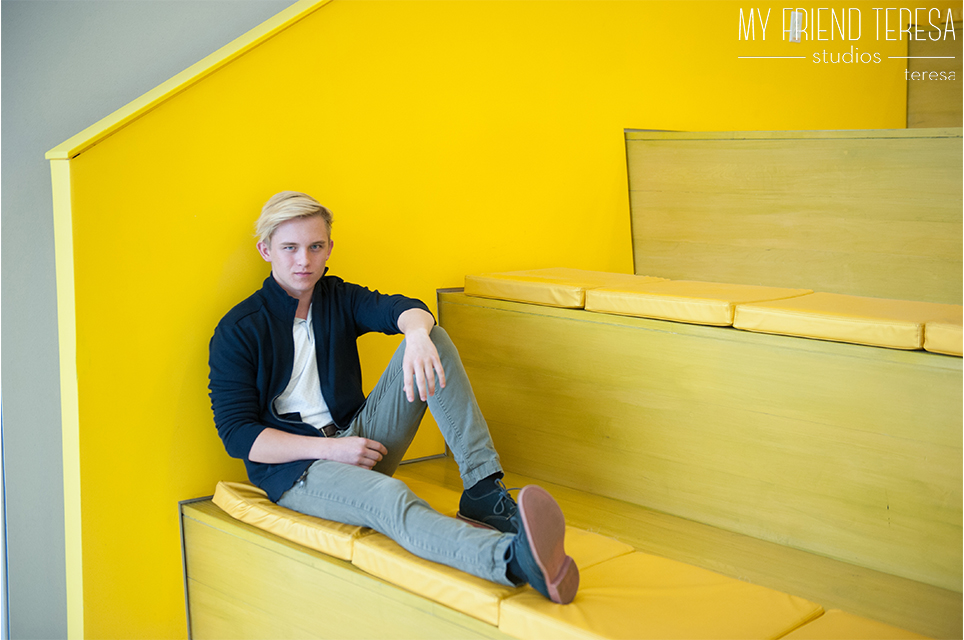 We met with Danny B (Cary Academy Class of 2018) and his mom, Lisa, in late June to discuss his senior portrait session and learn more about him. Danny’s hobbies include hiking and backpacking, participating in the soccer and track & field teams, and playing and listening to music. In school, Danny enjoyed chemistry, but even outside of school, he loved learning through watching TED Talks. Danny also loves engineering and designing and learning how things are built and function. For his senior portraits, we wanted a sleek, urban, contemporary, and industrial vibe with neutrals and a few pops of color. 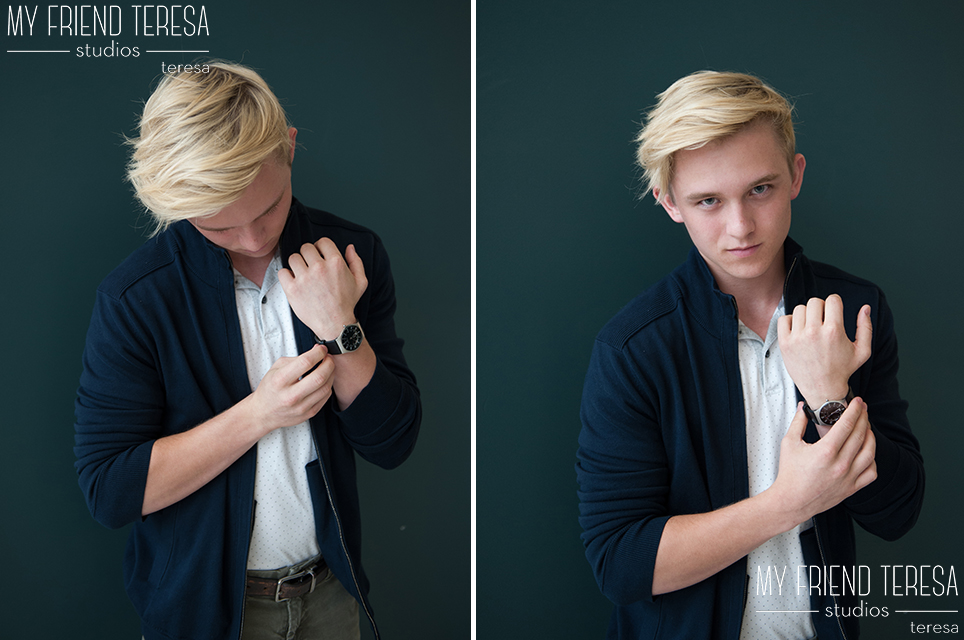 Teresa and Danny met for his senior portrait session in late August at Hunt Library. Danny wore a white button down with gray polka dots, olive pants, and a navy blue jacket, completing his look with his brother’s watch. The outfit stood out wonderfully against the bright yellow and darker green backgrounds. It’s a rare occasion that the entire family is all together, so we managed to sneak in a few family portraits during the session. Then Danny changed into a long sleeved gray shirt and blue jeans for more senior portraits at Hunt Library and in downtown Raleigh. It began to rain while we were in downtown Raleigh, but it resulted in some stunning silhouette portraits. 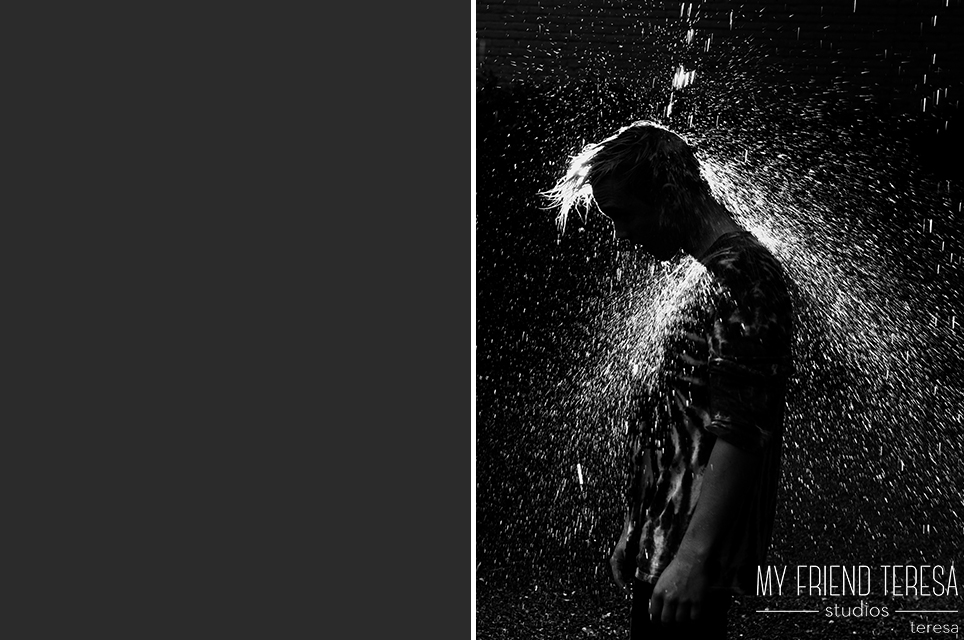 Teresa selected over 50 portraits from the session to show Danny and his parents a few weeks later. With guidance from Teresa, Danny chose his yearbook photos, which Teresa submitted to the Cary Academy yearbook staff on his behalf. Danny and his parents also used the studio gallery wall to sort the portraits into their favorites and some “maybes”. From these selections, they chose a 20×30 matted and framed print, two 16×16 matted and framed prints, two 8×8 linen albums, a 5×7 acrylic block, and an 8×10 curved metal.

Danny graduated in May 2018 and is headed to Northwestern University. 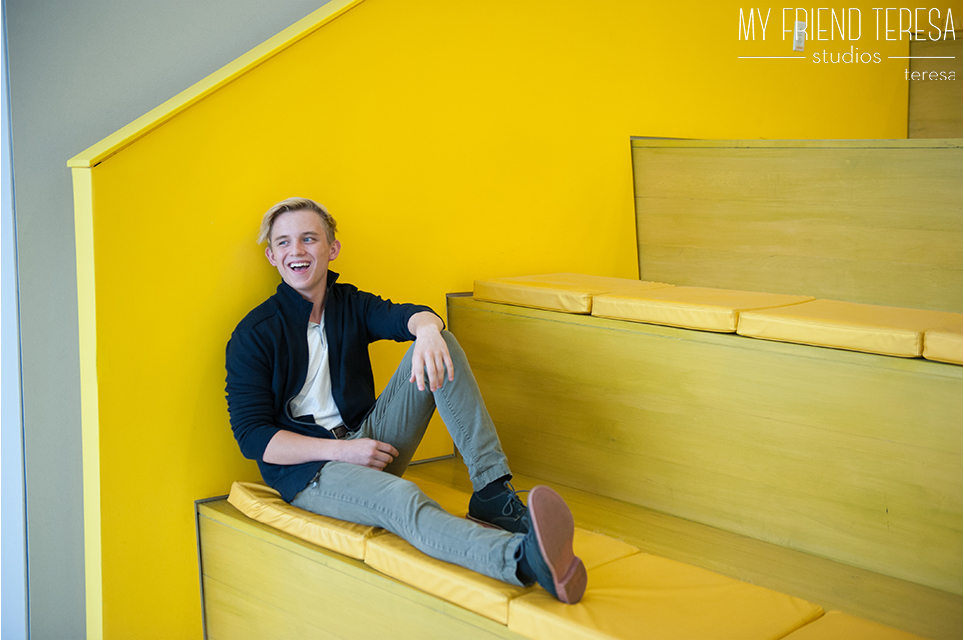 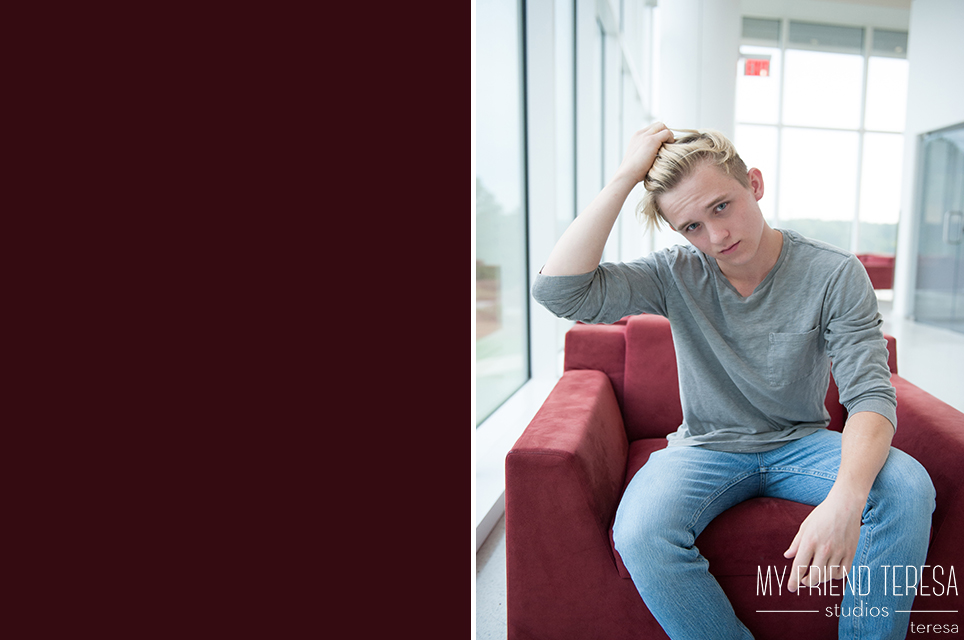