The Class of 2016 had barely turned their tassels when Jonathan K started looking forward to his turn as part of the Cary Academy Class of 2017.  Jonathan knew Teresa was an expert at senior pictures for guys since she had taken senior pictures for his older brother, Alex. As a first step, Jonathan scheduled a planning meeting with Teresa at the studio. Teresa met with Jonathan and mom, Tracey, in early June to plan Jonathan’s session.

Jonathan has a wide range of interests including swimming, piano, and ukulele. He chose downtown Apex as the scene for his more formal portraits, followed by a short trip to Jordan Lake for some epic swimming scenes to capture his love of the water.

Teresa met Jonathan in Apex on a late June evening. The weather was perfect after a week full of thunderstorms. Jonathan’s dad, just home from California, made an emergency run to deliver a shirt to them at the shoot.   After some great shots in historic downtown Apex, they took a short drive to the Jordan Lake marina just as the sun was setting. Teresa was able to gain special access to the boat dock for some great shots in a new location. Another short drive to a public beach area at the lake and Jonathan took to the water. It was chilly, but his love of the water was clear and the shots were amazing.

Jonathan and his family came to the studio to meet with Teresa to see the portraits. Teresa had compiled a video slide show of the portraits and they loved them! Jonathan chose his yearbook photos. Tracey wanted to enjoy some wall art with both boys, so Teresa pulled Alex’s files from the archive and Tracey chose a portrait of each boy for side-by-side canvases. The full set of digital files was also important to them so they could print and share with family and friends.

The portraits of Jonathan at the marina are some of Teresa’s favorites and she shares them often with her clients. 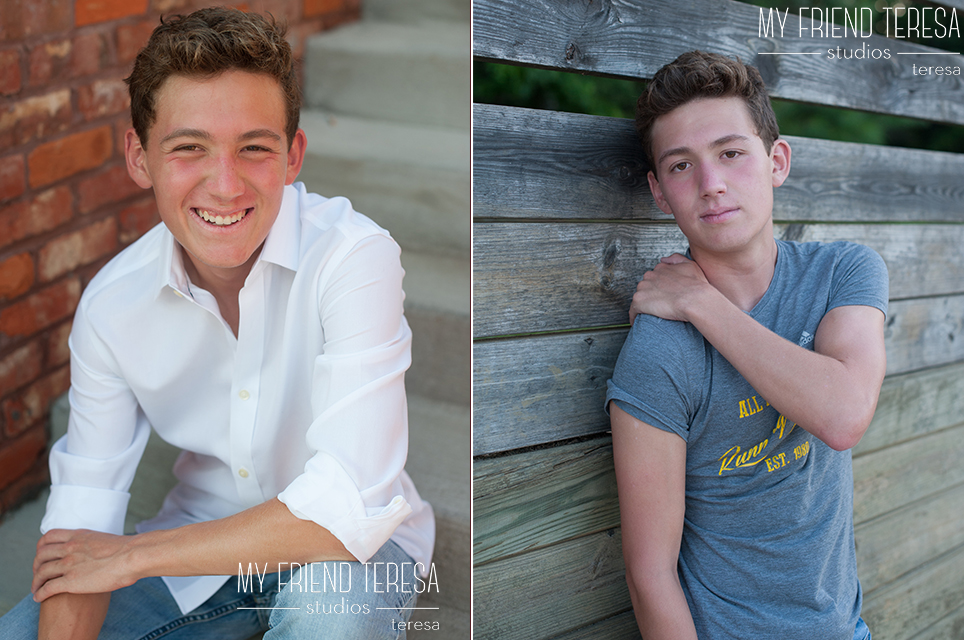 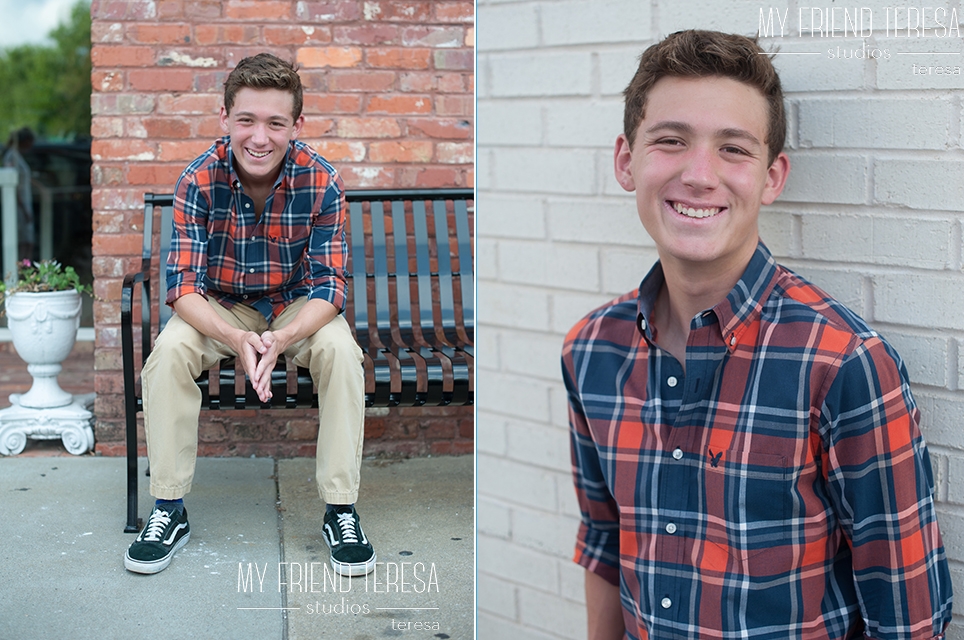 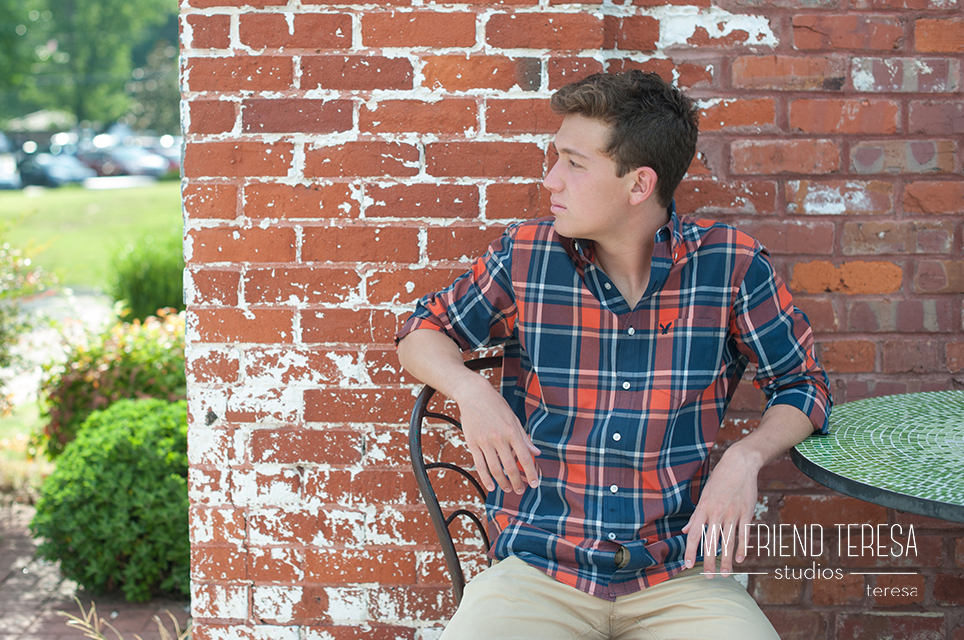