Just as Kevin was about to start his senior year, he contacted us for his Cary Senior Pictures. We still had a few available session dates, and we were excited to work with him.

Kevin and his mom came to the studio to plan the session.  We learned that Kevin loves debate, video games, and swimming.  He was interested in a basic senior portrait session with an urban vibe, so our Simple session was perfect for him.

To help Kevin get ready for his session, we went to his home a few days before his portrait session to help him pick his clothes.  This was really helpful to Kevin and his family – no stress on session day!

We met Kevin on a hot mid-August day in downtown Raleigh.  He started the session in his suit for his formal yearbook Cary Senior Pictures.  When he got to the session we realized that Kevin didn’t know how to tie his tie….and neither did Teresa or her assistant.   A kind person walking by was happy to help.  He said “I do this every day!  Let me do it!”   It was such a sweet moment of having help from a random stranger.  Kevin looked amazing in his suit. 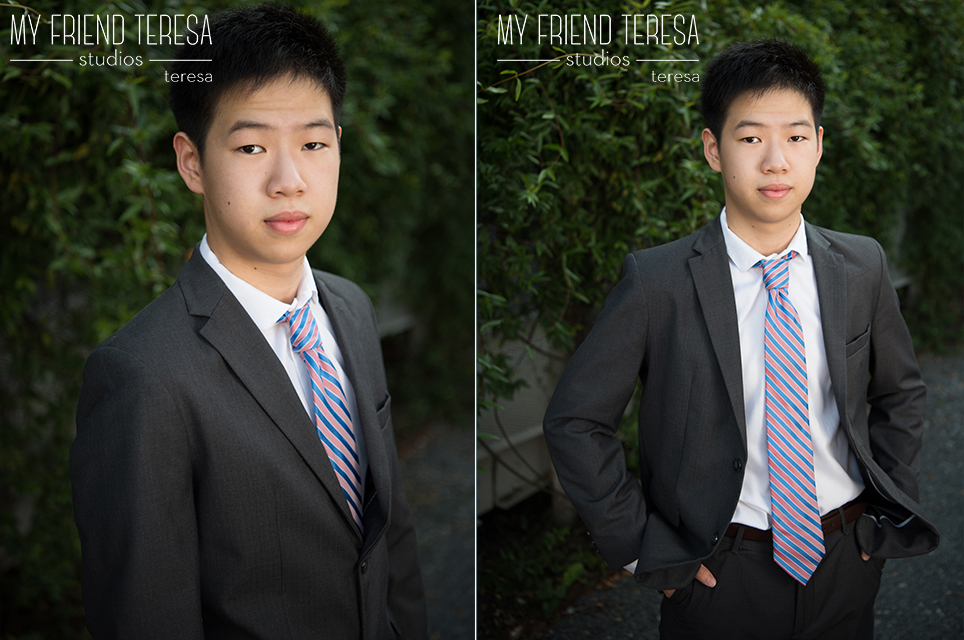 Kevin changed it a more casual outfit for the rest of his Cary Senior Pictures.   We were near the train station and a train pulled in just as we got ready – making the perfect background.  We had to think quickly to get that shot!

We continued with the session and at one point Kevin had kind of a tense look on his face.  When we asked him what was wrong, he said he was scared of heights!  That’s when we realized that the small corner he was standing on was 2 stories up with nothing below.   No wonder that was scary!  We quickly moved on to some other urban backgrounds and Kevin was very relaxed with the steel and concrete vibe. 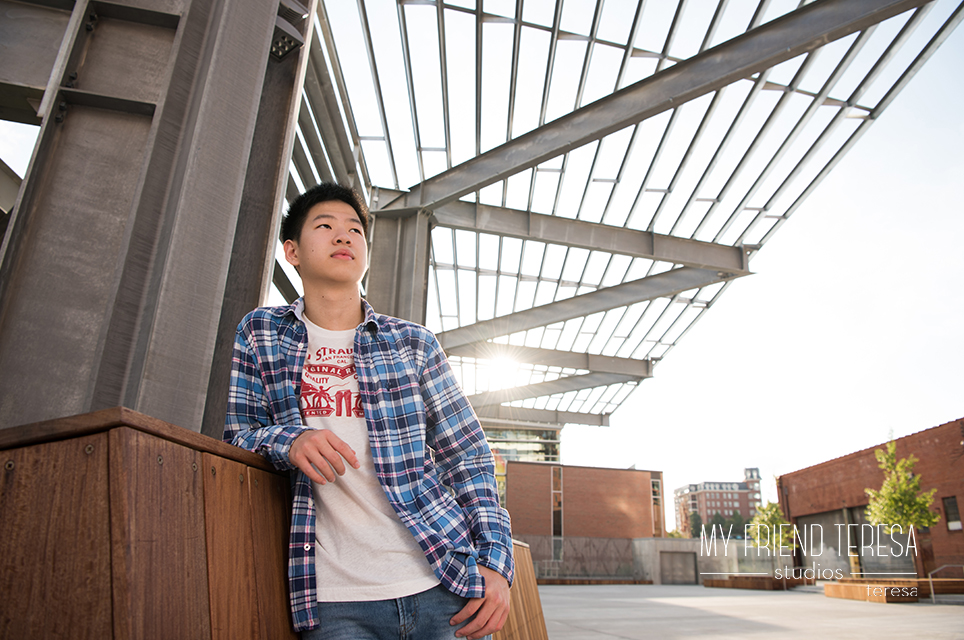 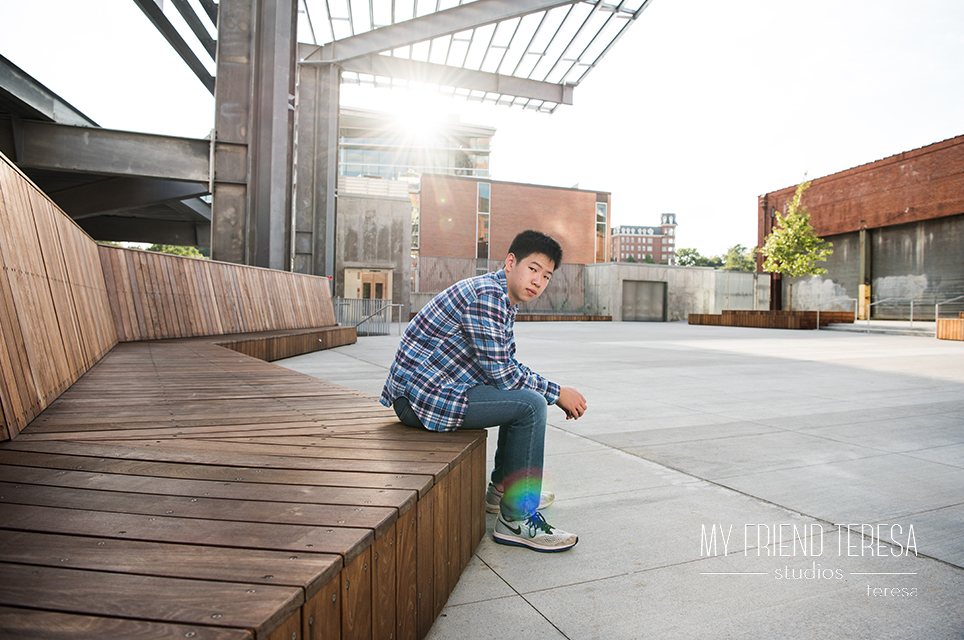 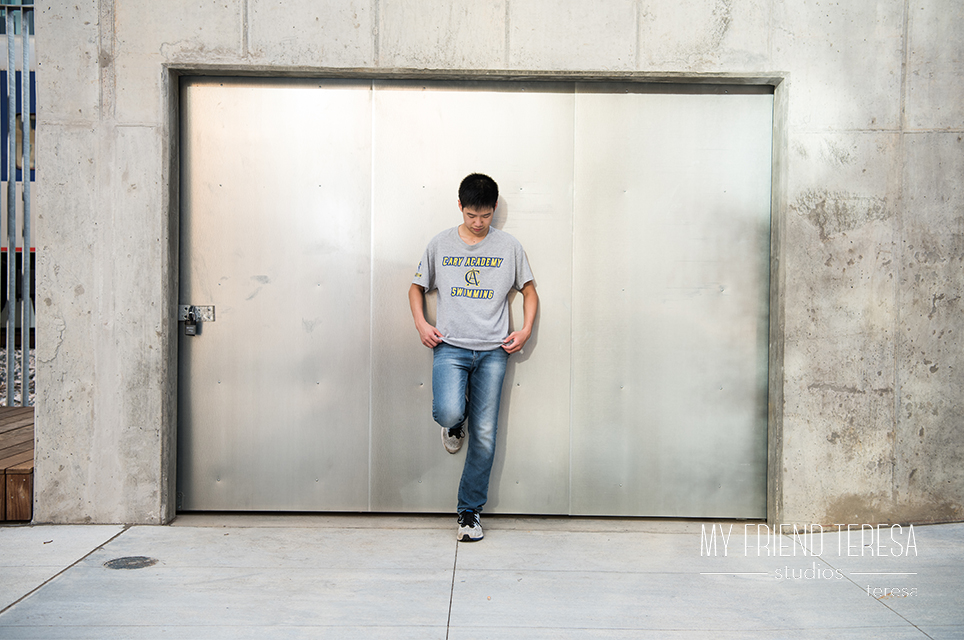 Just before the yearbook deadline, Kevin and his mom returned to the studio to view nearly 50 amazing portraits.  He and his family enjoyed picking the portraits for the yearbook, which we quickly edited and submitted on his behalf.  The portraits really captured all aspects of Kevin’s interests, so they chose 20-30 images and we designed a beautiful keepsake leather artist’s notebook style album for them.  They wanted to share a few portraits with family and friends, so they also selected two digital files.

We enjoyed working with Kevin and wish him all the best for the future!