We met Luca a few years ago for a family portrait session and could hardly believe it was time for his Senior Portraits Cary session!  How did he grow up that fast?  We were thrilled to work with this awesome family again.

We met with Luca and his mom to plan his Senior Portraits Cary.  Luca had grown up a lot in the 4 years since we first met him!  He loves to play the drums, and is self-described as “a spontaneous thrill seeker, but not reckless”.  He loves music, travel, and video games with his friends.  He has a great sense of humor, and we could already tell this was going to be a lot of fun.

For his senior portraits Cary sessions, Luca had a few ideas:  he wanted some portraits with drums with an edgy vibe.  He also wanted some urban scenes and favors black and white.  No stuffy formal portraits for Luca.  We had so many creative ideas we scheduled 3 portrait sessions!

For Luca’s first Senior Portraits Cary session, we went to one of our favorite edgy locations….an abandoned, graffiti-covered old dam.  On the way, we found an old, covered bridge.  Looking through the slats of the bridge we could see a rushing river beneath…. we didn’t look down again!  We loved Luca’s fake ‘Supreme” sweatshirt (despite the crazy hot temperatures) and his “Chinese Gucci”.

For his second session, we met Luca in downtown Durham.  He effortlessly hopped up on the edge of a parking deck before we could even stop him!  Fortunately, it looked way higher in the air than it was.  A favorite spot was outside the Durham Hotel on their shoeshine station which was easy to photograph since the hotel was empty. 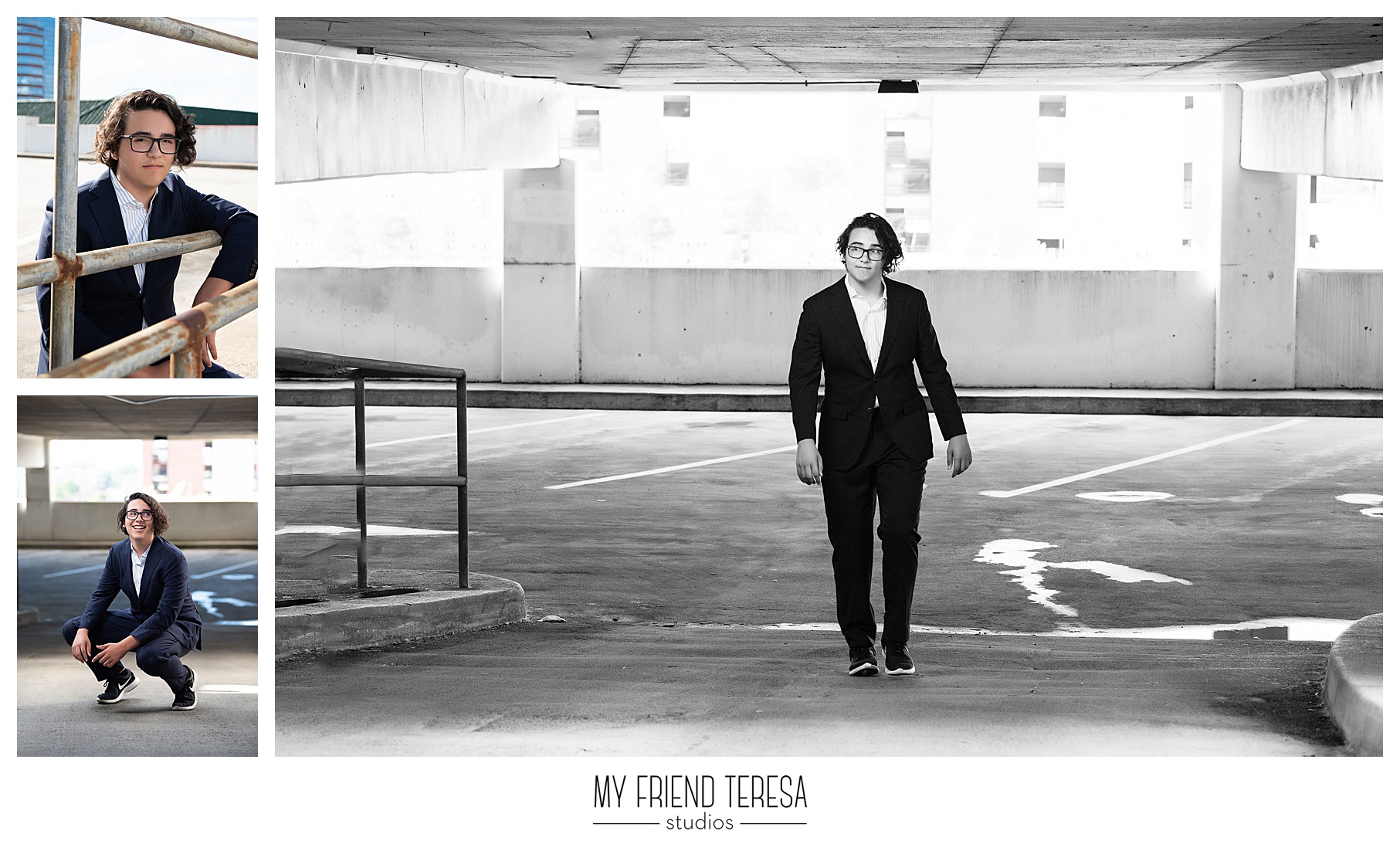 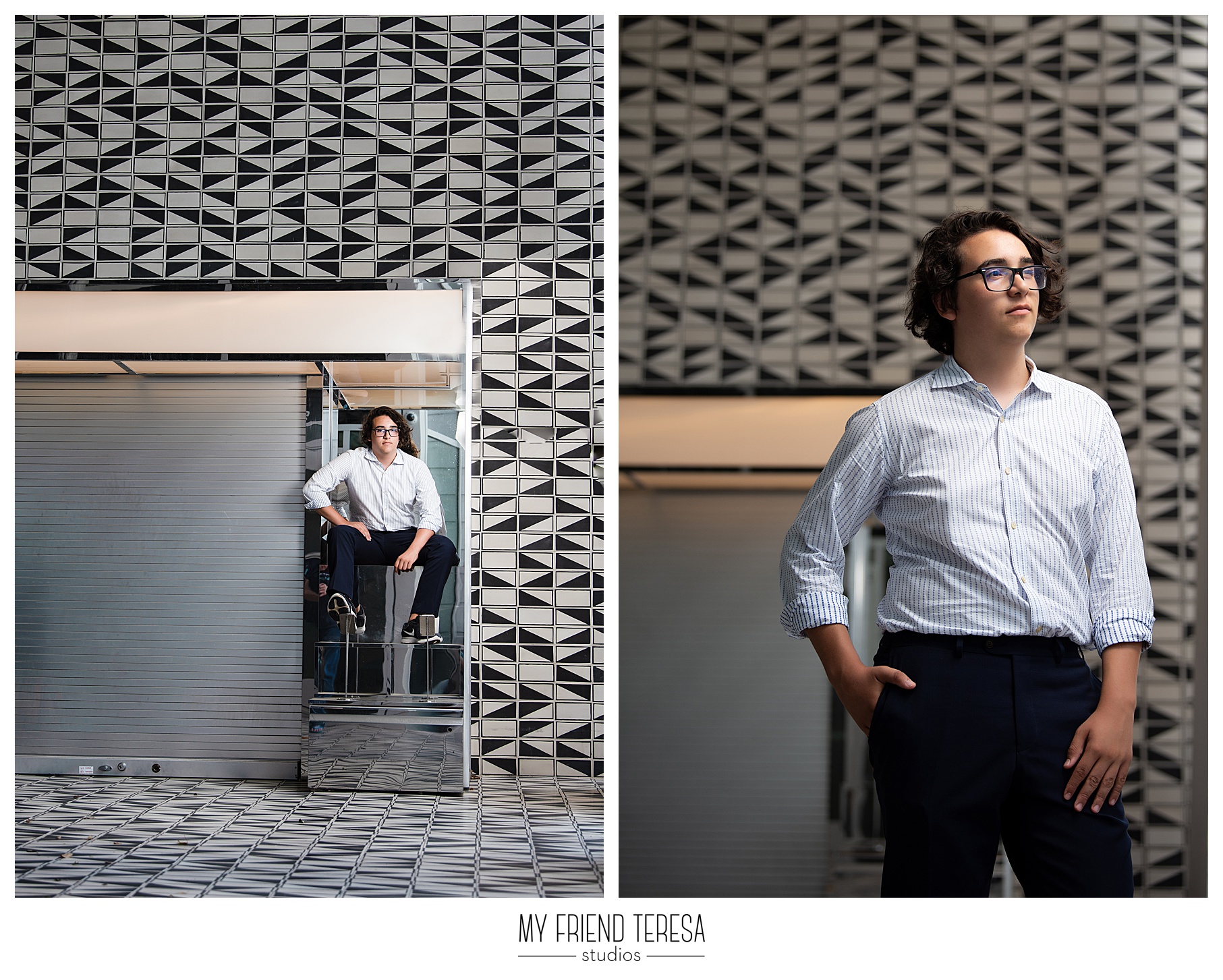 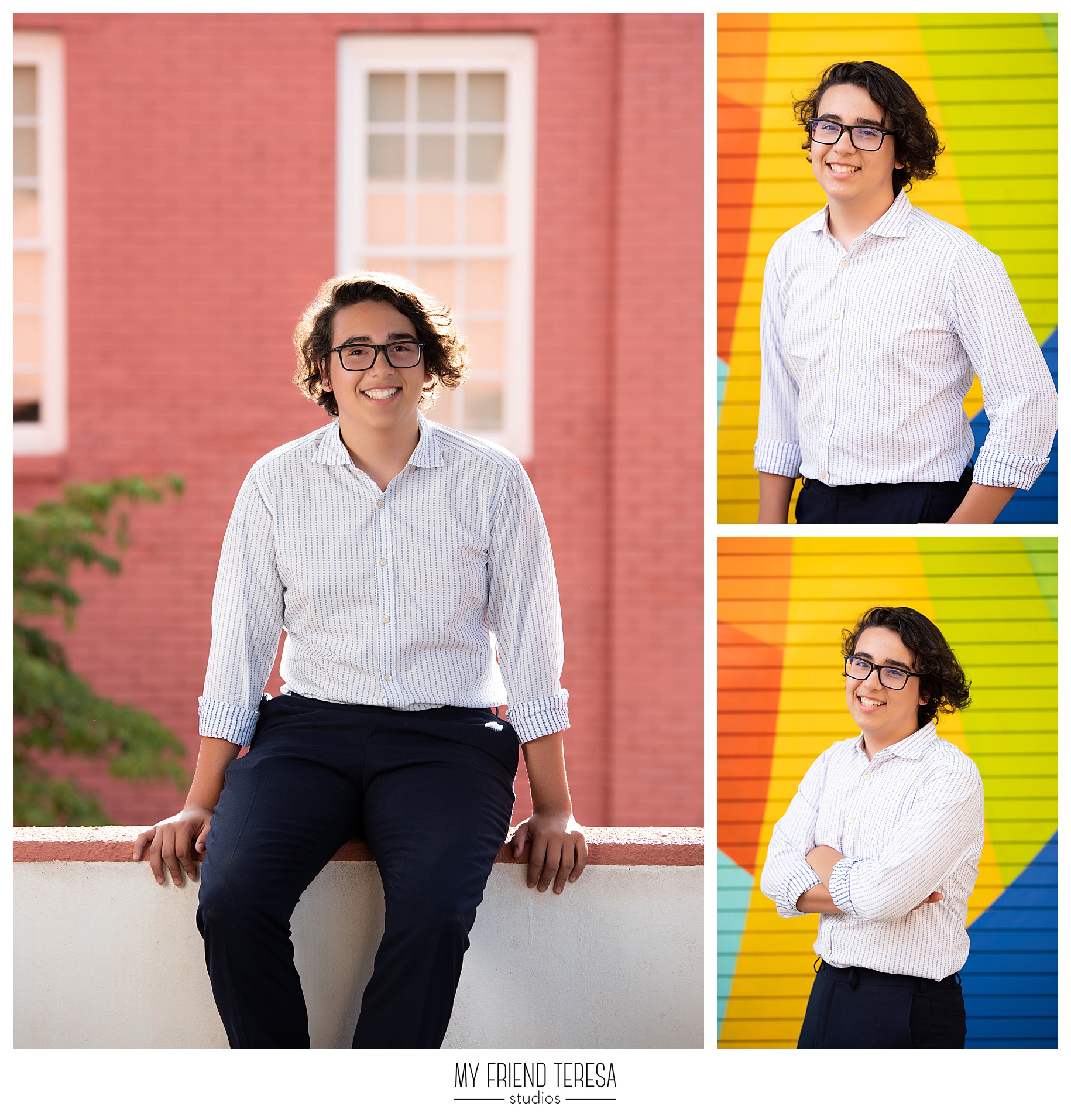 The third session was at our private farm location, with drums in hand (thank you Facebook Marketplace).  Our farmer must have been wondering what that crazy banging drums were…and we mean BANGING!  Luca joined us at sunset so we could get perfect lighting.  It’s a good thing he wore clothes that could get messy, and the drums were not his ‘real’ drum set!  He brought light up drumsticks which made it even better.  We dodged the rain the whole time but in the 15 minutes of sunshine we got, we made it count! 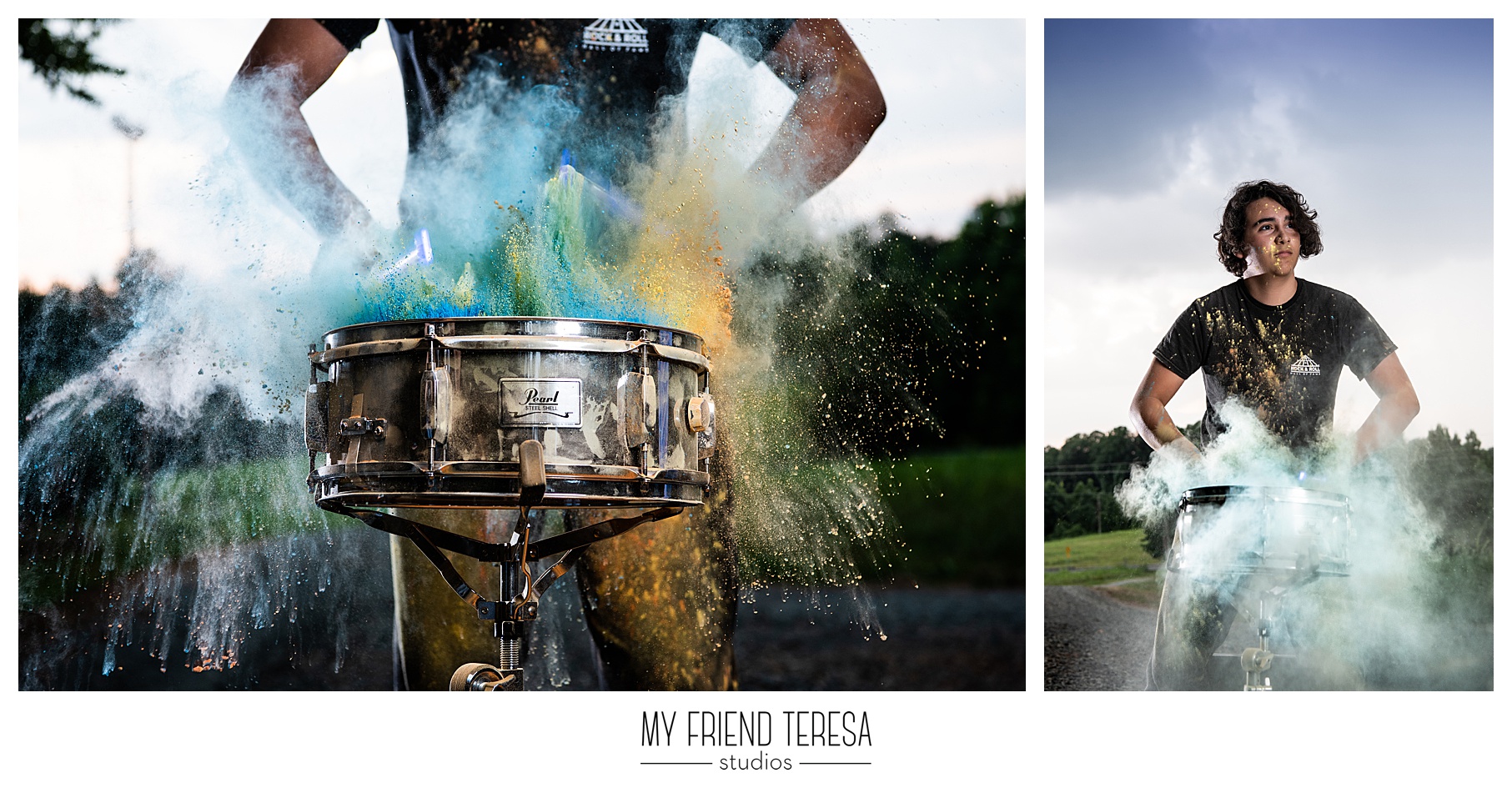 Check out the behind-the-scenes video of Luca’s sessions:

Luca and his family returned to the studio a few weeks later to watch the behind-the-scenes video and a slideshow of all his portraits.  Using our gallery wall, Luca chose his yearbook portraits.  His family chose a framed canvas, and a keepsake album.  They loved all the images and decided on the full collection of digital files.

We loved working with this family again and capturing this special time for Luca!