The results are in! Image Competition 2020 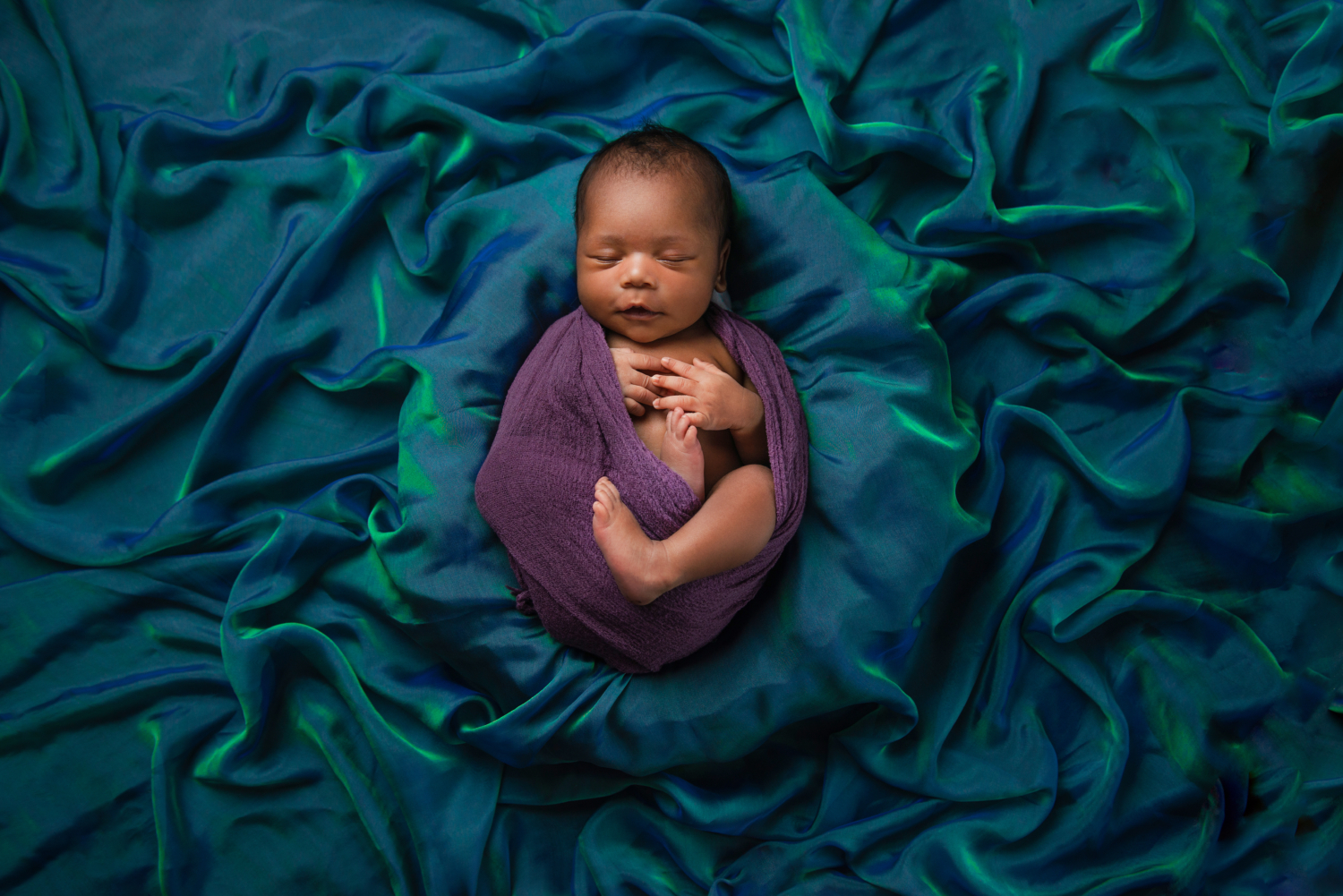 I moved to Cary in 2012, three months pregnant, with a toddler, and sick as a dog.  It was a quick move and I definitely wasn’t prepared to reorganize a business I had built up elsewhere, but I also wanted to keep up my photography.  So, I decided unilaterally to enter a print competition at the Professional Photographers of North Carolina.  I had no idea what print competition entailed, so I took some random images based on feedback from friends and clients, and threw them together to send along.  I had one do well and the others burst into flames.  No matter… I was so thrilled that my random showing of images resulted in one amazing win.  So, I was hooked. And thus began my journey into professional print competition.  I have, since, dragged many a photographer to the dark side along with me, become a juror for state level competitions, earned my Master of Photography and Master Craftsman with the Professional Photographers of America, and generally come up in the world of print competition.

But what does that mean?  It means each year, after our state competition, I select the four most compelling images that I’ve taken over the course of the past year, title them something catchy, and submit them with fingers crossed.  By compelling it has to be not only technically correct, but also tell a great story, and have amazing impact to pull the jurors in.  Once they’ve been selected and submitted, the judges will score it as a merit worthy or, well, not. If it passes that first round of judging, then it moves on to a second round to determine whether that image will be entered into the general collection for that competition year or if it will advanced to be published as part of the more prestigious loan collection. Thousands of images are submitted every year, and it’s kind of a big deal for an image to merit and then again to make it into the loan collection.

I dragged Teresa into the world of print competition last year and we showed up with a bang at our state’s 2019 competition, winning several awards for seniors (Teresa) and children (Myself).  In 2020, despite the chaos, I took home a third place in children (for ‘Poised’) and an honorable mention (for ‘Aurora’s Borealis’).  Most recently, in October, I brought some of my images on to the national competition and once more dragged Teresa along with me.

This year Teresa won a merit for her absolutely fabulous image, ‘Muster Up, Mary’.  I’m honored to have two images accepted to the general collection; ‘Aurora’s Borealis’ and ‘A Boy From Nepal’ (the latter of which will also be published in a showcase collection), while a third image ‘Poised’ was accepted to be published in the highly selective loan collection – making it my fourth loan image and my first portrait to be given that honor. 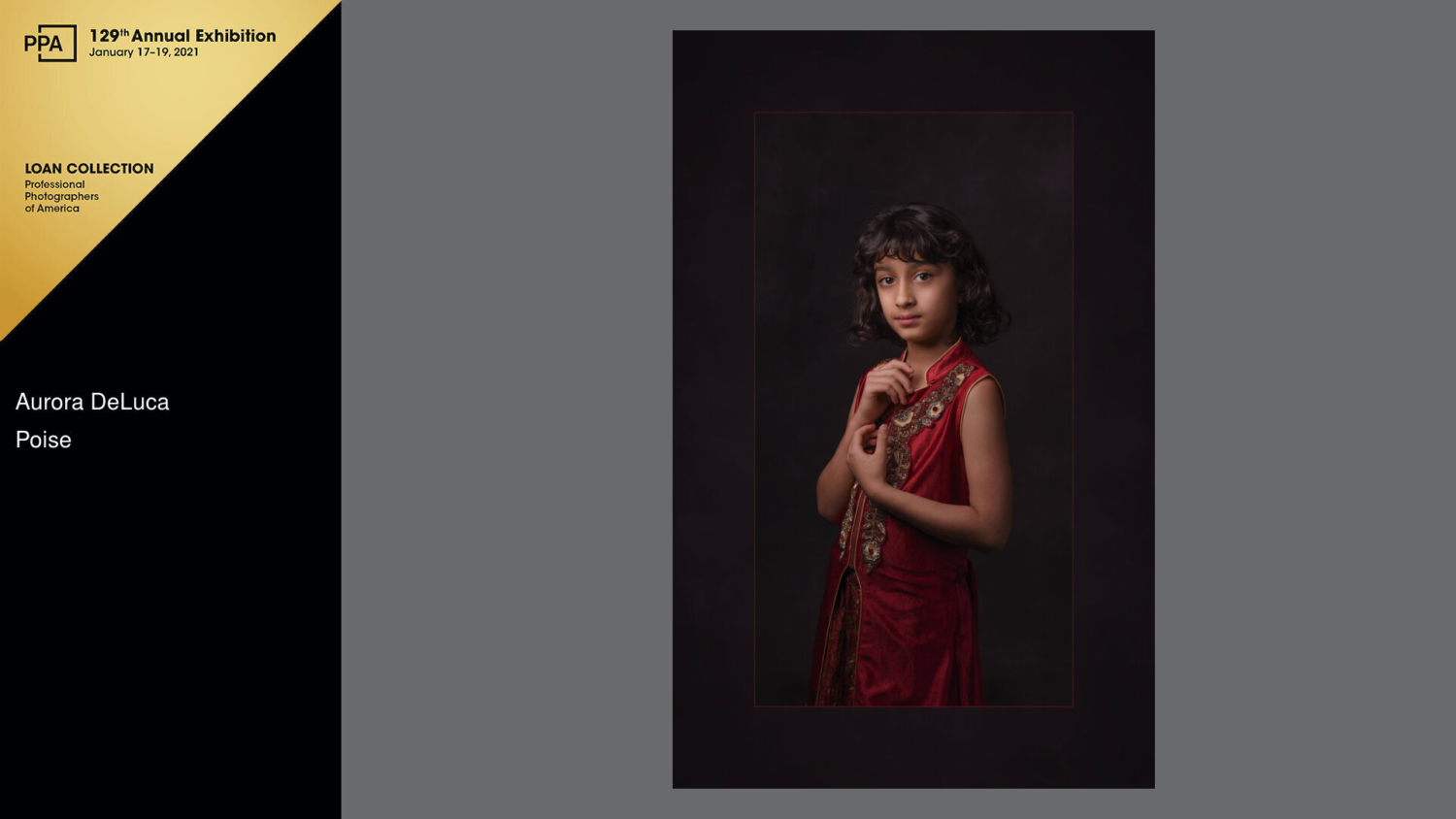 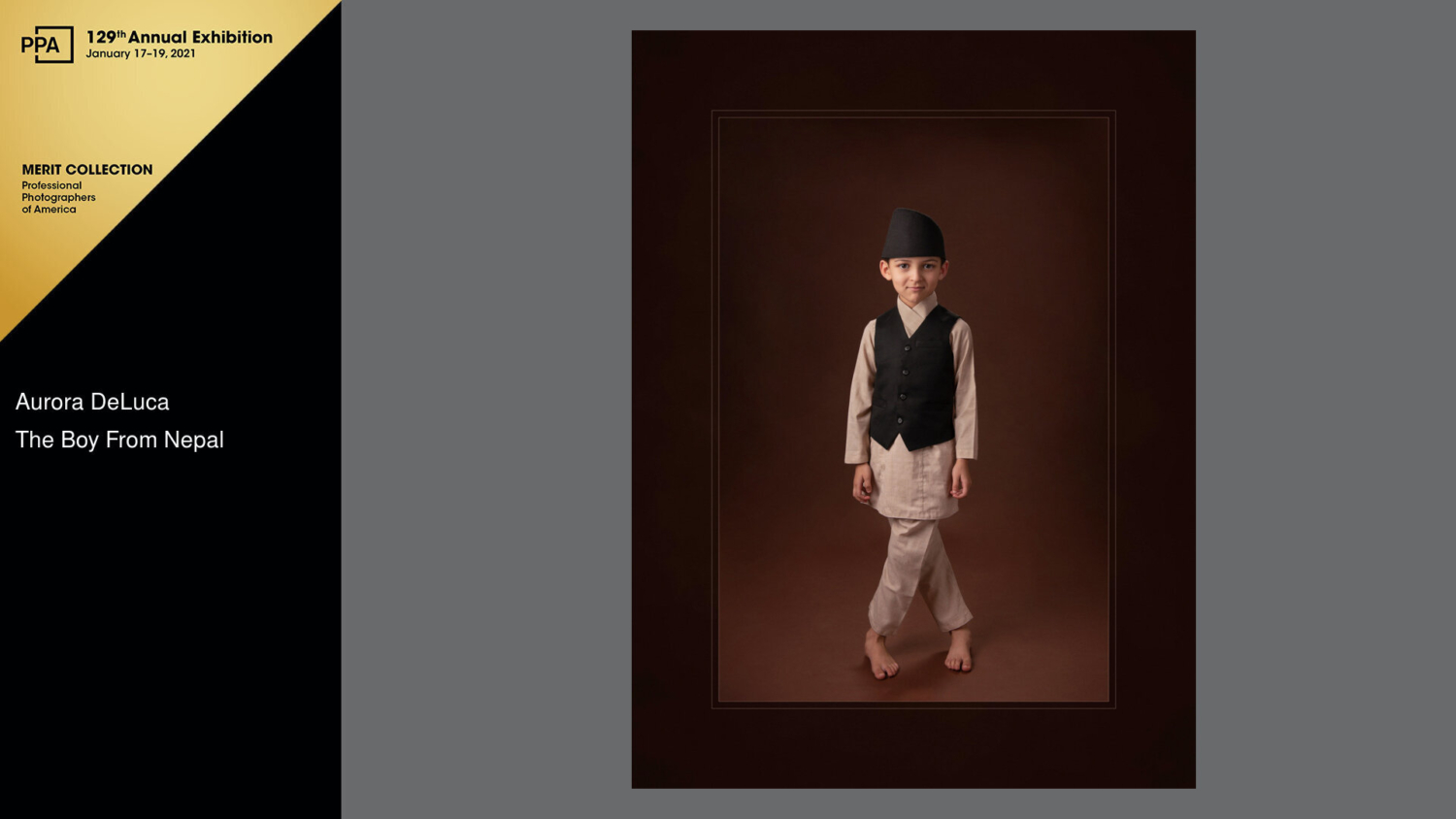 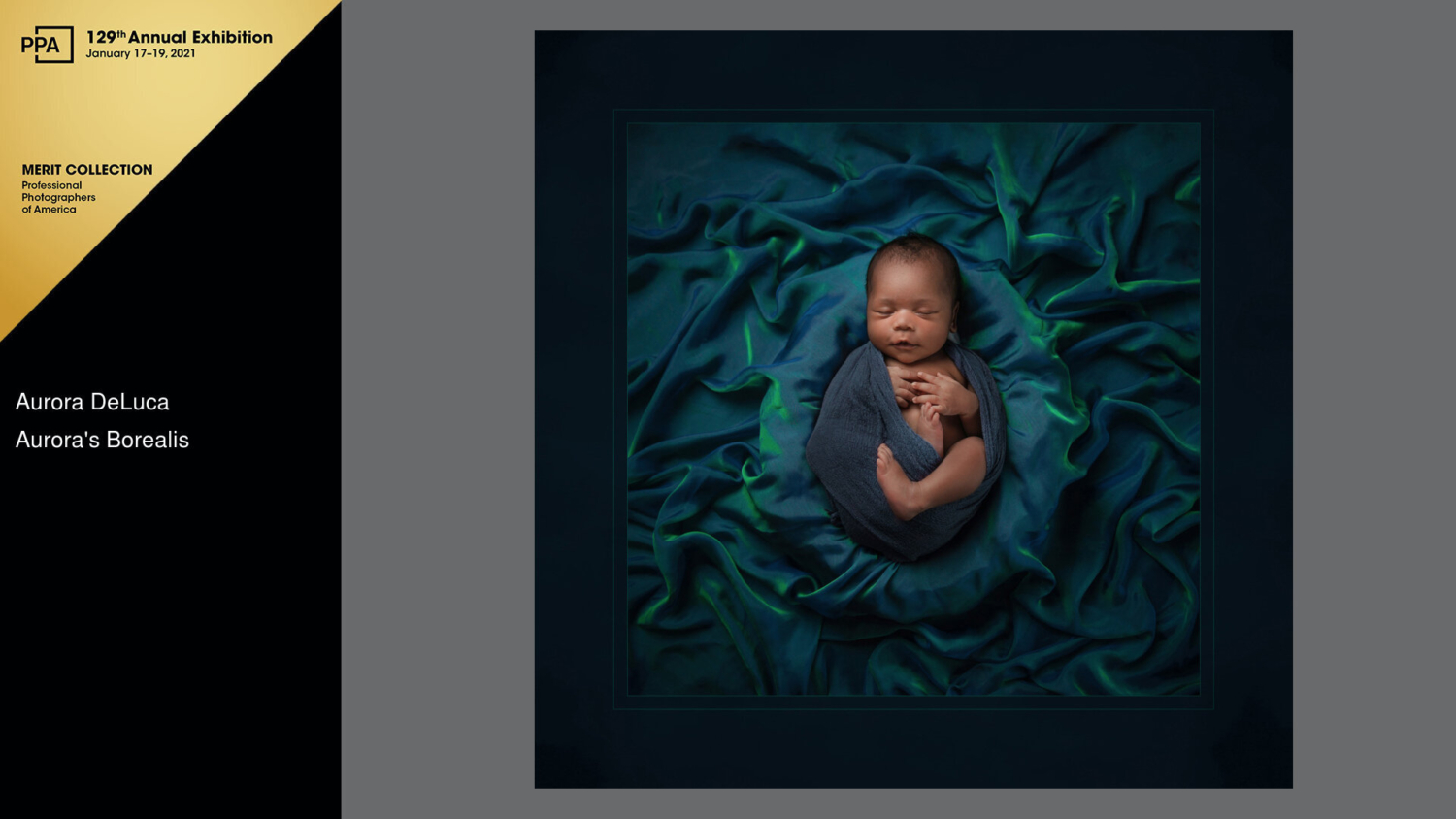 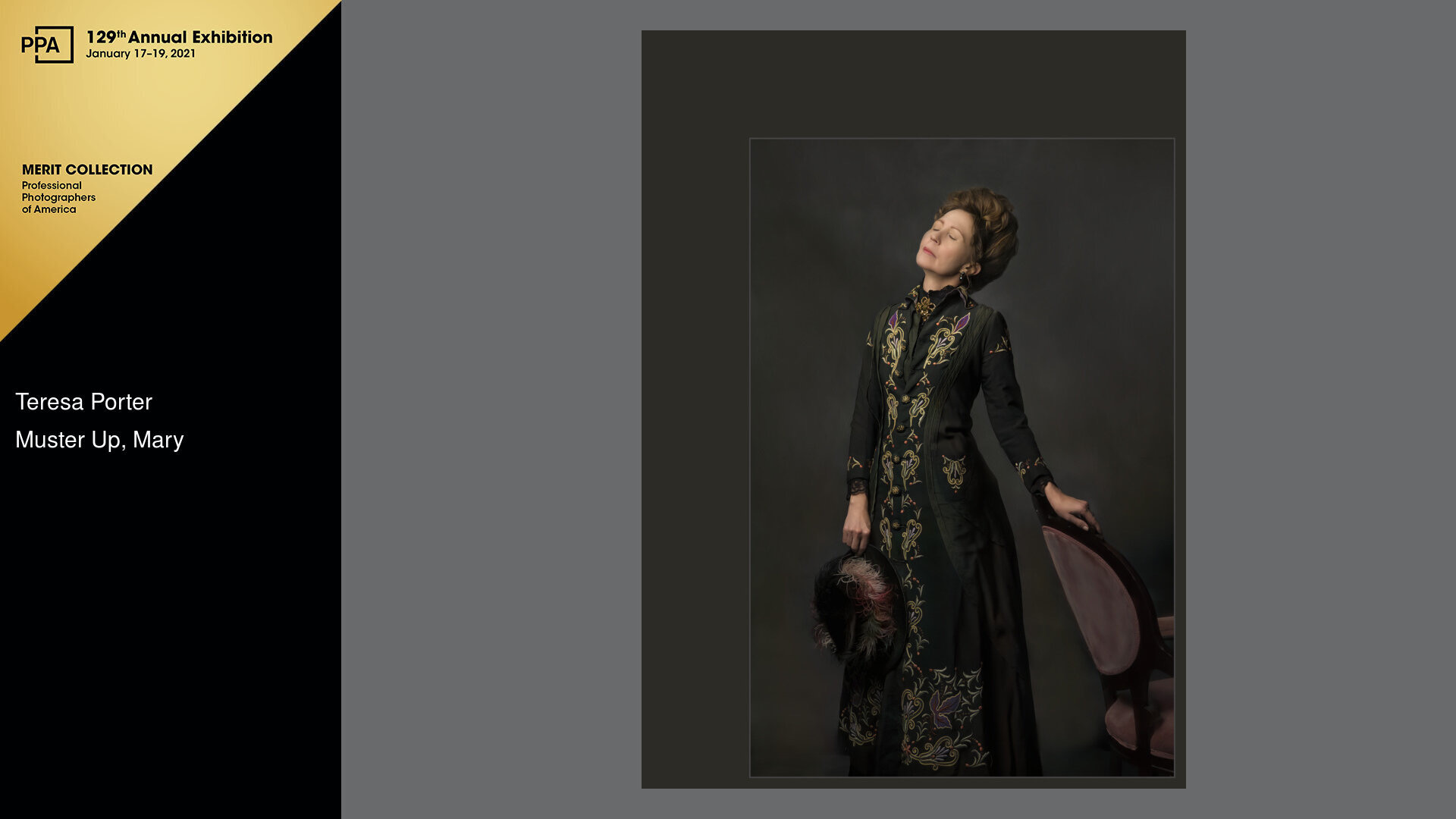 Congratulations to My Friend Teresa for such a fabulous showing this year!